Andrew Tatetrue to his style, caused controversy in the last hours after his meeting with the young environmental activist, Greta Thunberg. However, even with the repercussions of this on everyone’s lips, another fact drew attention.

This Thursday, the 36-year-old former boxer and influencer he was arrested in Romania along with his brother Tristan. Both are accused of human traffickingas reported by the chain BNO News. The footage shows the handcuffed brothers being led away by the Romanian police. It was reported that minutes before a search had taken place at his luxurious residence.

Some users on social networks speculated that a recent video posted on his Twitter profile showing a pizza box from a restaurant in Romania would have helped officers find the influencer and proceed with his arrest.

The investigation revolves around the alleged kidnapping of two girls in Romania in the framework of a case headed by the Directorate for the Investigation of Organized Crime and Terrorism (DIICOT) in which they are accused of being part of an organized crime group that subjected these girls to participating in adult videos.

As detailed by Romanian prosecutors, the Tates “appear to have created an organized crime group with the purpose of recruiting, harboring and exploiting women by forcing them to create pornographic content”.

Previously, in April, the brothers had already been arrested after the police found the young women who claimed to have been held against their will. The men were released while the investigation was ongoing and were taken back by the authorities in the last few hours. 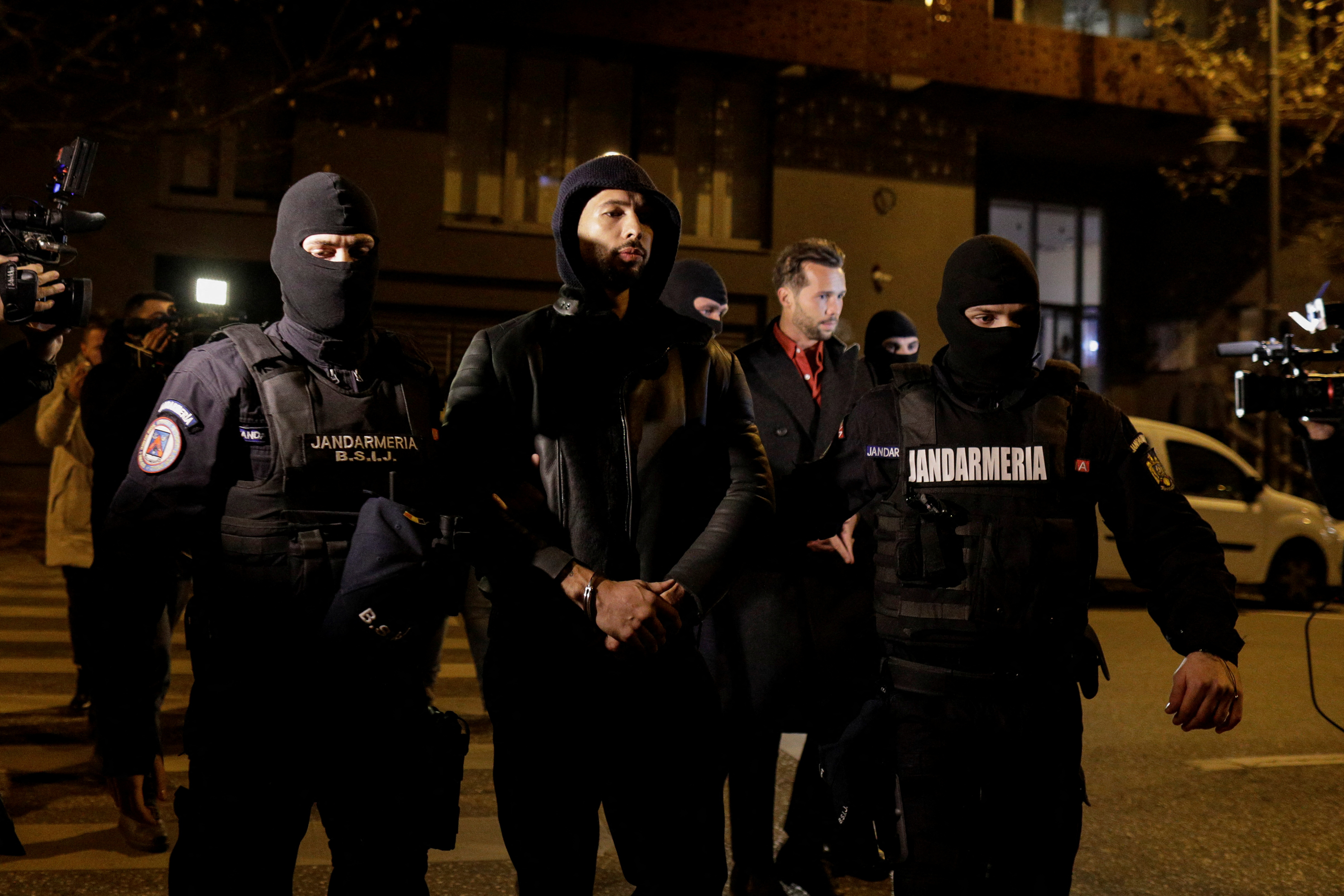 Andrew Tate was detained by the Romanian police (REUTERS)

A family spokesperson told Daily Mirror that “we cannot provide any details at this time about the alleged reports that they have been detained” although he did remark that “Andrew and Tristan have the utmost respect for the Romanian authorities and will always assist and help in any way they can.”

This fact, however, was not surprising since Andrew Tate had already exposed his most aggressive profile both on networks and on television, which even led him to make misogynistic and racist comments.

Without going any further, in the last hours he was the protagonist of a spicy crossover with the young activist Greta Thunberg, whom he asked for his email contact to give him the lists of his “33 emitting cars”, of carbon dioxide. 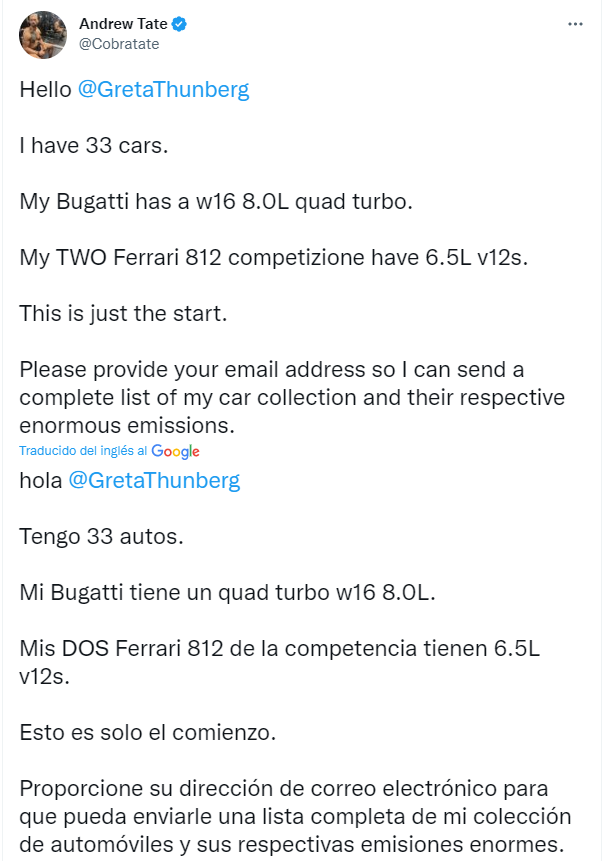 Given this, the environmentalist remained sharp and responded ironically, to which the former boxer continued to finish off with more attacks.

Along with these, their social networks are flooded with comments of the style, which have caused their profiles to be suspended on multiple occasions for violating community standards and inciting hatred. Some of the inappropriate messages mentioned that women “belong to the man”, that “18-year-old women are more attractive than 25-year-olds because they have been with fewer men” and also hinted that he would attack a girl if she was accuse him of infidelity.

For his part, during his brief stint on the reality show Big Brotherin it United Kingdomhis homophobic comments and his attacks on women cost him his place in the most famous house in the world.