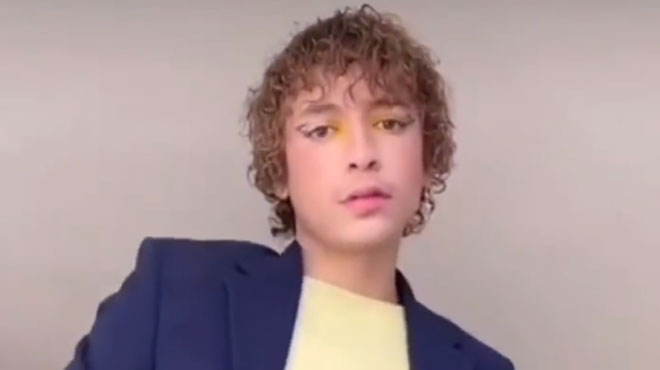 Threats and reprimands failed to deter Benjamin Ledig, this teenager blasted by social networks after posting a humorous video in which he twerked with a friend in a church.
The video, which went viral, exploded the number of followers of the young man, who is now 171,000 on TikTok.

After the wave of indignation aroused by his video in the church, this buff of provocative ‘released a publication to apologize … in which he twerks again in a church. Then he decided to tackle other religions. A few days ago, he therefore published a video in which he films himself taking lascivious poses, his eyes made up in blue and a yarmulke on his head. This post is captioned: “Today my ideal fashion accessory for my outfit is this kipa”.

Then it was the Muslim religion that he attacked in a video now deleted from TikTok (but not from Instagram) where we see Benjamin Ledig with the Koran. “It seems very interesting and yet it doesn’t interest me (…) You have understood that, I don’t give a damn about what’s written inside. No I don’t have to respect a god because you believe in it”, he says in this publication. The influencer did not give an explanation for the deletion of this video.