Aldo Miyashiro He appeared in the recent edition of “La banda del Chino” to refer to his ‘ampay’ with the reporter Fiorella Retiz.

Wearing a black shirt and clearly embarrassed, the presenter apologized to his wife and mother of his children, the actress Erika Villalobos.

“I want to start by asking Erika for forgiveness because I betrayed her trust and because I wasn’t up to the task, and because I don’t deserve everything she has done for me”he began by saying.

“I want to tell you that we will surely not be able to return, but that I am willing to do everything possible to heal that wound and to be able to carry on a relationship of two people who once loved each other very much,” he added.

Aldo Miyashiro also had words for his family and hopes to get their forgiveness for failing their marriage.

“I want to apologize to my family for putting them through this humiliation and because they don’t deserve it. I want to work to repair that pain that I have caused.” concluded. 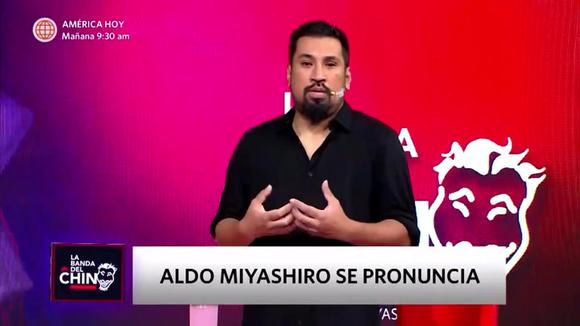 The program “Magaly TV: La Firme” broadcast an ‘ampay’ by host Aldo Miyashiro and Fiorella Retiz, reporter for “Once Machos FC”, a sequence of the program “La banda del Chino”.

The images were recorded by the Magaly Medina space and it can be seen that the presenter has an affectionate attitude towards the sports journalist.

The passionate kisses between Miyashiro and Retiz were in the apartment of the journalist Óscar del Portal in the district of San Isidro, where the producer Fiorella Méndez also attended.

Aldo Miyashiro’s “ampay” came after he and his wife Érika Villalobos traveled through Europe with their children. 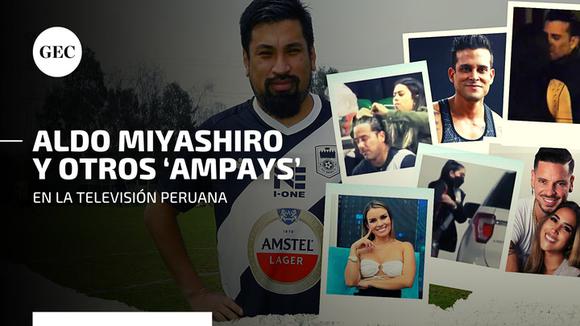 The program “Magaly TV: La Firme” broadcast a video of the América TV host with a reporter in a compromising situation. Look at other similar cases that happened on Peruvian television.