Óscar del Portal is in the eye of the storm after Magaly Medina pointed out that the ‘ampay’ Aldo Miyashiro and the reporter Fiorella Retiz occurred when they investigated an alleged infidelity of the sports journalist to his wife, Vanessa Químper, with the producer Fiorella Méndez.

“Magaly TV: La Firme” presented images that leave the communicator in a bad light, since he was not only the host of the meeting where “Chino” was unfaithful to his wife, Érika Villalobos, but also allowed Pedro Loli’s ex-partner to pass the night in his apartment when his wife was on a trip to Punta Cana.

But that is not all. The entertainment program also released images that demonstrate the high level of trust that exists between the journalist and the producer, such as the one that she fixes the hair of Oscar del Portal during a sporting event.

Prior to this controversial ‘ampay’, Óscar del Portal showed that his marriage was quite solid and used social networks frequently to show the love he feels for the mother of his children.

Less than 10 days ago, the journalist dedicated an emotional birthday message to his partner through his account Instagram.

“This post is not only for you to know how important she is in my life and in that of everyone who knows her, it is also so that she continues to receive all the love she deserves”reads in the caption of the photo where she looks smiling with Vanessa Quimper.

Similarly, on March 3 also their tenth wedding anniversary with an emotional dedication to their partner. “10 years of marriage that were spent between laughter, guffaws, dawns, diaper changes, trips and madness. An adventure that is not over yet and in which every day by your side becomes a party“, wrote. 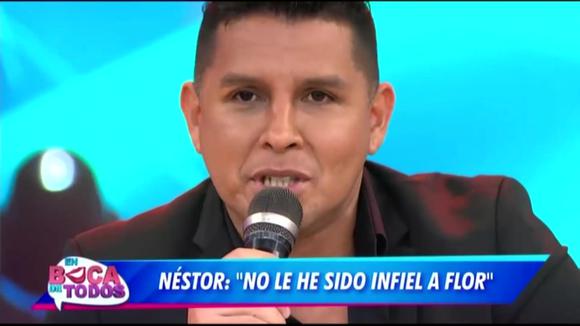