the mexican singer Alejandra Guzman He surprised his fans again by presenting a radical change of look during his tour “Perrísimas Tour”, which he performs in the United States with his compatriot Paulina Rubio.

The “Queen of Hearts” appeared on stage with a spectacular outfit, but what most caught the attention of the audience was that she no longer had her usual rock-style hair.

The interpreter of “I was waiting for you” was shown as never before: bald and with tattoo designs on the scalp.

“I love when you are playing with the looks”; “I love it, Alejandra the intrepid”, “she shaved her head? Is it real? ”,“ Did he tattoo her head? ”,“ Unpredictable like no other. We love you”, “Is it tattoo or stickers?”, were some of the comments on his profile. Instagram.

What is behind your new image?

Hours after causing a stir with her new look, Alejandra Guzman went to your account Instagram to show that it was only a characterization. The Mexican diva shared with her fans details of the process she underwent to look bald before her concert in New York.

“The process… all is not what it seems.” #NewYorkCity. I loved the look, did you like it? reads in the caption of his post. 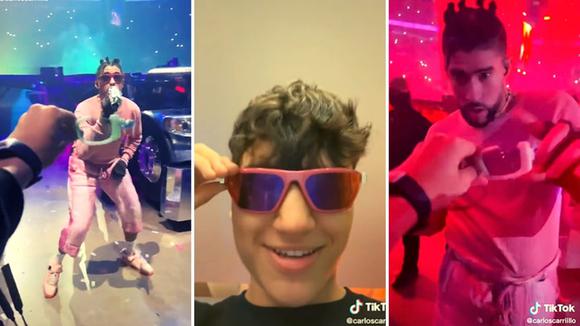 Bad Bunny surprised a fan during a concert.