the concert of Alex Ubago It was scheduled for this Thursday, November 24 at Arena Perú, but said venue was closed by the Municipality of Surco and the event was suspended for them.

After several hours of uncertainty, the producer of the musical event informed users that the concert will be scheduled for Friday the 25th and this time it will be at the Parque de la Exposición Amphitheater.

Given these changes, the Spanish singer decided to use his social networks to send a message to his followers.

“Friends and friends from Lima. I stop by to tell you that unfortunately it will not be possible to do the concert today, November 24 ”, he said at the beginning of his video.

“They have informed us a little while ago that the authorization to do the concert has not been given, neither today nor in the next few days… I wanted to keep you informed and apologize for the inconvenience”, added the renowned interpreter.

Álex Ubago comes to Lima with his album “20 años”

“20 años” is a compilation album of the greatest hits by Álex Ubago in his 20-year musical career.

After so many years in music, Ubago is one of the most outstanding artists and composers on the music scene in Spain and Latin America.

On this album are, among many others, the songs “Without fear of anything”, “A cries of hope”, “I’m still here” and “I regret”. For this album, Álex has had collaborations such as Pablo López, Andrés Suárez, La Oreja de Van Gogh, Antonio Orozco and Lali.

“Even though I can’t see you”, which is his most listened to song to date, is the latest collaboration that Álex Ubago has released, this time with Matisse. 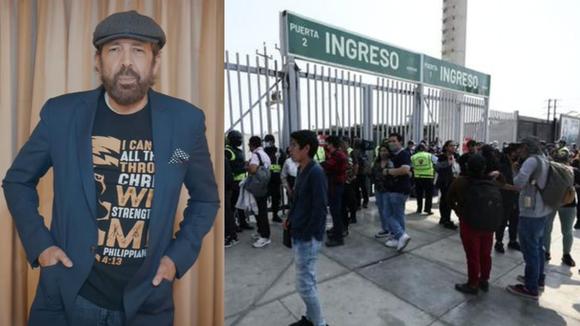