The actress Amber Heard She assured that she does not blame the jury that found her responsible for defaming her ex-partner Johnny Depp, although she pointed out that she has not received fair treatment on social networks..

“Even if you are someone who thinks I deserve this hatred and hostility, Even if you think I’m lying, you can’t look me in the eye and say you think there has been fair representation on social media.”said the actress in the excerpt of an interview published this Monday by the NBC network.

The morning show “Today” advanced a few minutes of the first interview that Heard grants after the verdict of the trial who has confronted her with the protagonist of “Pirates of the Caribbean” and who was followed live by millions of viewers thanks to the presence of the cameras inside the Fairfax courts (Virginia, USA).

The full interview will be broadcast divided into three parts, the first two on Tuesday and Wednesday, and the third on Friday with a special program in prime time.

Although the excerpts that the chain is using to promote the interview do not offer news on whether Heard will appeal the verdict, they do drop that the actress believes that the jury was influenced.

“How could they not come to that conclusion! They sat for more than three weeks listening, non-stop, to incessant testimony from paid employees and, towards the end of the trial, from random people.”said the actress.

“I do not blame them. In fact, I understand them.”said about the jurors. “He is a very beloved character and people think they know him. He is a fantastic actor”he added about Depp.

In his initial lawsuit, Depp claimed 50 million dollars for the article published in 2018 in The Washington Post and in which Heard claimed, without mentioning the actor’s name, that he was a victim of domestic abuse.

After the oral hearing, the jury determined that The actress must pay Depp 10 million in damages and another 5 million as a finealthough the Fairfax County Judge (Virginia, USA), Penney Azcarate, lowered this last amount to $350,000.

In fact, Heard will not have to pay those 10 million in full, as the jury also concluded that Depp must compensate his ex-wife with 2 million for a comment by his former attorney that was also deemed defamatory of Heard.

While Depp celebrated the verdict in style on his social networks and asked his fans “go forward”, Heard’s lawyer has advanced that she hopes to present an appeal since “He has excellent reasons for doing so.”

For the hypothetical resource, The lawyer announced that they would present a series of pieces of evidence that were not admitted in this process and that they were part of the similar trial that was held in London, where Depp lost another libel case against The Sun newspaper over an article calling the actor a “batterer of women” that the jury found to be true.

Melissa Paredes attacks Magaly Medina: “I got tired of being her puppet” 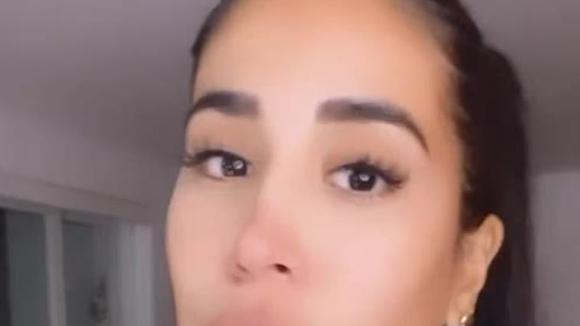