Andrea San Martin sat on the set of Magaly Medina to refer to her intimate chats that were leaked, where it is evident that Sebastián Lizarzaburu’s partner was in correspondence with ‘Pato’ Quiñones, despite having a “solid” relationship with the ‘Rock Man’.

The former driver of “La banda del Chino” explained that she made a complaint to the High-Tech Crime Investigation Unit of the National Police before the leak of these intimate conversations, but stressed that it was not against Juan Víctor Sánchez, the father of her second daughter.

She indicated that in her complaint she did mention Juan Víctor as part of the investigation, but she is not denouncing him directly. However, she did point him out as a suspect.

“I wanted to clarify that I have not made a complaint against Juan Víctor for that reason, simply when it comes to reporting, what the specialists do is ask me what the background is, who has had access to your cell phone and others”, he added.

About his sentimental relationship with Sebastián Lizarzaburu before his conversations with the dancer ‘Pato’ Quiñones, the influencer indicated that her love story is still stable and that she prefers not to go into details.

“There is nothing to talk about really, because I already said it on my social networks, about everything. In general, they know that I am not answering to anyone”sentenced.

Ximena Peralta replaced Tepha Loza in “This is war”: What happened? 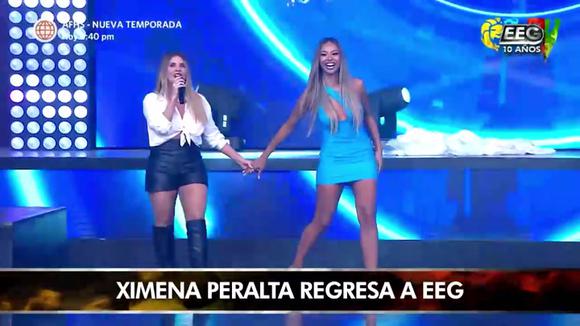