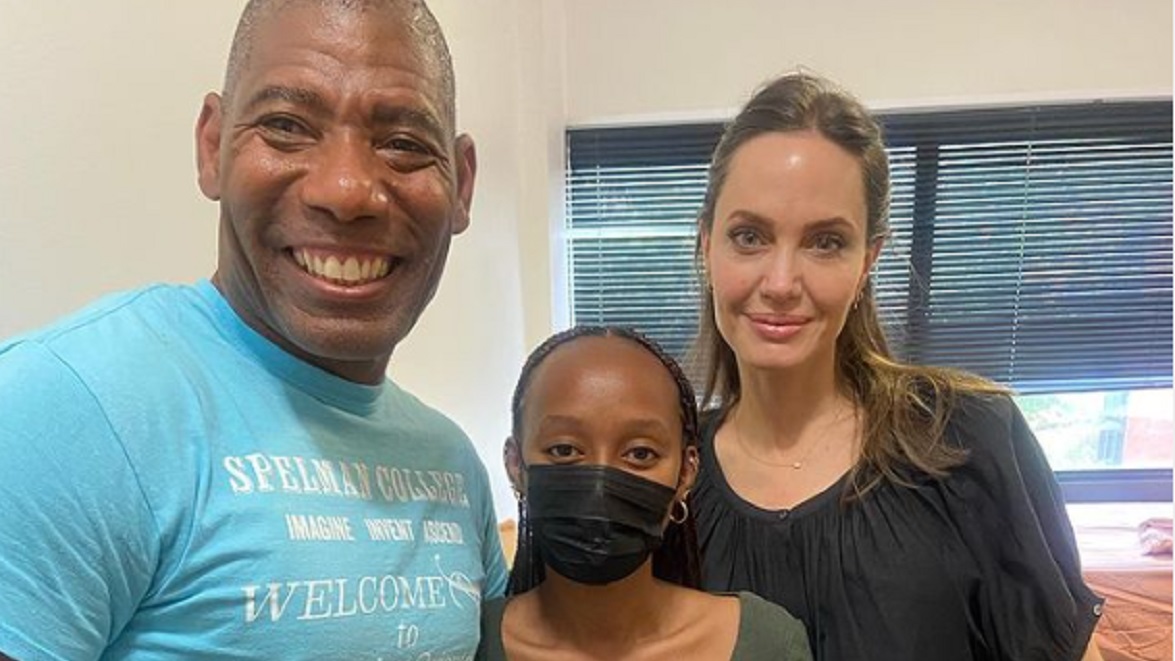 The mother and daughter met during this new academic year with the vice president of student affairs Darryl Holloman and the school president, Dr. Helene Gayle. He shared photos and a video on his Instagram account.

In the first photo, Jolie poses with Dr. Gayle on the school campus. In a short video, the two women chat while Holloman films. When he asks the star what she thinks about becoming a mother to a Spelman student, the actress replies: “I’m going to start crying! I haven’t started crying yet.”

Dr Gayle jokes that there will be “lots of times to cry” in the course to come, and advises the star that it’s “on purpose to induce [des larmes] – to bring it all out.”

In another snap, Angelina Jolie and Zahara both pose with Holloman in what looks like a college dorm.