Ashley Ness has an amazing story. The 35-year-old hairstylist from Taunton, Massachusetts, told Good Morning America that her body defied all odds…as she struggled to get pregnant and she had suffered several miscarriages.

Last February, the American, who is already the mother of an 8-year-old girl and who has wanted to expand her family for many years with her boyfriend, Val, goes alone to her gynecologist to do an ultrasound. She tells: “When the ultrasound technician started the scan, she was looking at the screen and writing, A, B… I looked at her and said, ‘Wait, those are twins? “. She replied, “Oh, I don’t know … I need a minute”, Ashley recalls, describing her caller walking out of the room.

When she returns, the medical expert announces to Ashley that she is indeed pregnant. But not twins, but two sets of twins or four babies – two boys and two girls.

Ashley says she thought she was “going to pass out” when she first heard the news, especially when doctors told her that this double pregnancy was very special and the likelihood of waiting two pairs of twins naturally equals “one chance in 70 million”.

After this first surprise effect, Ashley and Val say they are very impatient. The children are due in early October, but doctors are planning to deliver Ashley at the end of August to avoid any complications. The family will then consist of 10 members. Val is already the father of 3 children from a previous relationship.

For Ashley, this pregnancy is very special. “I had a really hard time conceiving my eldest daughter and had 4 miscarriages in the past. So I really feel like I could be blessed with something this big, it’s so unbelievable.”

And to see in it a sign from beyond: “When we conceived his children, it was just before my grandmother passed away, so I feel like it was almost like a gift from her, like sending back the losses I had suffered. That’s really how I feel.” 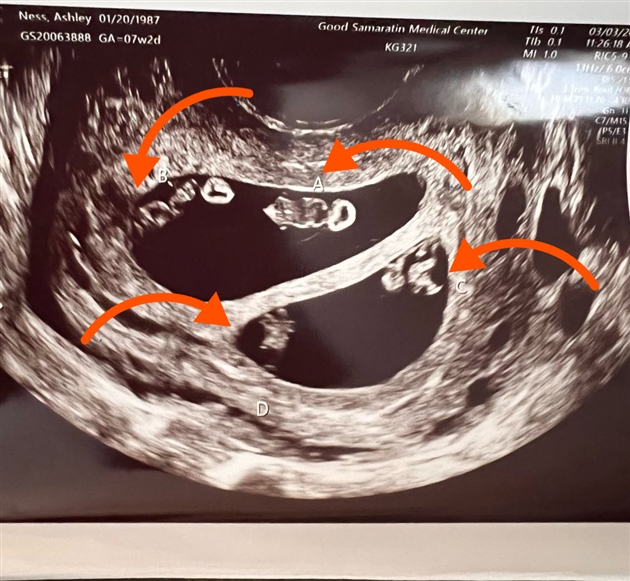