An ad that puts the singer’s famous Bugatti up for sale bad bunny aroused a stir this Friday among his followers on social networks before the apparent original strategy of the artist to promote an upcoming theme.

LOOK: Why it is said that Bad Bunny will collaborate on Karol G’s new song “Provenza”

The alleged offer for the 2019 Bugatti Chiron 110 at $3.5 million appears on Clasificadosonline.com, a Puerto Rico portal where citizens post photos of residences and vehicles for sale or rent.

“Bugatti Chiron 110 anniversary ready for sale for sale”, starts the message next to the photo of the vehicle and in the name of Benito A. Martínez Ocasio, the real Bad Bunny.

An email and a telephone number appear in the sales announcement for those interested in acquiring the car to call, although it warns that it only negotiates through telephone calls.

However, when dialing the phone number (787-417-8605), a preview of an unreleased song by Bad Bunny is heard for 45 seconds, as Efe was able to verify, and which he will presumably include on his next album.

Numerous of his followers on social networks have commented on the announcement move and expressed their expectation for the eventual launch of this new theme.

Bad Bunny has presented the Bugatti at various times, including at the 2020 Latin Grammys, and last December at the P FKN R Museum, at the Roberto Clemente Coliseum in San Juan, where he exhibited his music awards and the costumes he has used in videos and concerts.

The announcement details that the vehicle does not have pending traffic fines and that the “marbete” (official driver’s stamp of a vehicle) and maintenance are up to date.

In addition, it highlights that the vehicle “It has a 16-cylinder, four-turbine engine with 1,479 horsepower, totally immaculate, it only has 486 miles (782 kilometers) and 9 hours of flight time.”

“I give it in $3.5 OMO (or best offer)”, note the message. In addition to being the most listened to artist in the world, Bad Bunny also stands out for his originality when promoting his music.

Recently, he has appeared as a character from The Simpsons in his video clip “Te Deseo Lo Mejor” and has involved the Spanish actor Mario Casas in the announcement of the release of his next album after finishing his tour.

Watch the trailer for “Yakamoz S-245″ 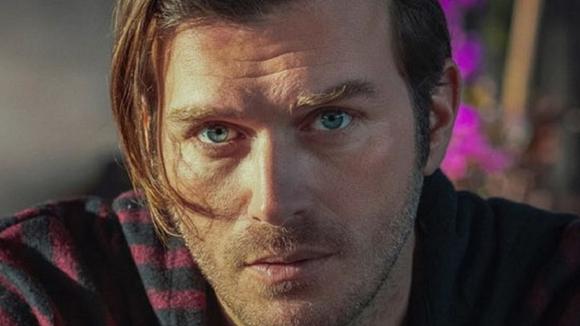 Trailer for “Yakamoz S-245″, a Turkish series by Özge özpirinçci and Kıvanç Tatlıtuğ for Netflix.