In her autobiographical book “Things I Should Have Said”, published on January 18, Jamie Lynn Spears accuses her big sister, Britney Spears, of having thrown her to the media pack during the trial of the latter to end the guardianship of their father.

According to the 30-year-old, Britney Spears’ criticism of their entire family – including herself – has generated a lot of hatred from the singer’s fans, to the point of receiving threats from dead, to see his name spread in the press, and to be insulted on social networks. A situation that Jamie Lynn Spears finds unfair.

“I continued to protect her until recently, when she decided that I did not need protection and made the decision to throw me in the media pack”, explains Jamie Lynn Spears in her book reports the American site Page Six. “At no time did my sister lift the veil on who was really responsible for her misfortunes,” she continues, regretting that Britney Spears’ accusing remarks are free from any reflection on herself. “Britney’s impassioned remarks point the finger at everyone’s mistakes, without ever any reference to herself,” she wrote.

If Jamie Lynn Spears reaffirms her love and support for this sister whom she considers a mother figure, she recalls that the family crisis fueled indiscriminately by Britney Spears has terrible consequences for her 13-year-old daughter, Maddie (Jamie Lynn is also the mother of 3-year-old Ivey), who is said to be ‘heartbroken hearing the whispers of her classmates about her’. 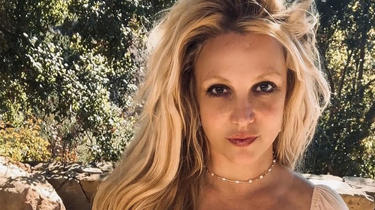 The two sisters have exchanged a lot on social networks in recent weeks, Britney Spears hinting that she would forgive him no matter what. A reflection that did not really please Jamie Lynn who replied that she would prefer that they call each other rather than continue to speak publicly on this private matter.

“Britney – Call me, I’ve tried several times to talk to you directly and handle this privately like sisters should, but you always choose to do everything on a public platform. In the meantime, please stop saying that I wasn’t there for you or that I’m making things up. I am happy to share how many times I have reached out to you, supported you. And I tried to help you. It’s embarrassing and it needs to stop. I love you,” wrote Jamie Lynn Spears on Instagram.