It becomes a habit. Britney Spears has published, this Monday, may 9, three shots of her completely naked taken before she fell pregnant with her future husband, Sam Asghari.

The 40-year-old singer strikes a pose in her shower, with her hands on her chest. She obviously thought of adding little pink or red hearts to her pubis. “Here’s a pic of the last time I went to Mexico BEFORE there was a baby inside me…why am I looking 10 years younger on vacation???” the caption read.

Britney Spears regularly poses naked on her Instagram account since the end of her guardianship last November. The popstar also recently confirmed that a date had been set for the wedding ceremony with Sam Asghari, 28, without sharing the information with her fans. “No one will know the exact date until the day after the ceremony,” said the one whose wedding dress will be made by Donatella Versace in a story. 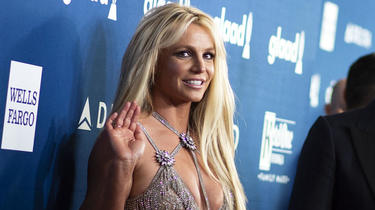 This will be the third marriage of Britney Spears after a first union with Jason Alexander in 2005 which will be canceled 55 hours later. She also married Kevin Federline with whom she had her two boys, Sean Preston, 16, and Jayden James, 15, before they separated in 2007.