Award-winning artist, songwriter, musician and producer Camilo returns with new music, this time with a single titled “Pegao”, whose video clip is already available on all digital platforms.

In “Pegao”, Camilo shares with us the happiness he is living in his new role as a father with the arrival of Índigo, to the point of wanting to be ‘glued’ to her all the time.

Accompanied by a fun performance, the artist reflects the emotion and great happiness generated by being at home enjoying the company of his daughter Índigo, whom Camilo points to as the greatest inspiration for his new single.

The song was composed and produced by Camilo and Édgar Barrera, with the collaboration of Andrés Castro in composition and Nicolás Ramírez in production.

The video for “Pegao,” available today, May 19, on Camilo’s official YouTube channel, was directed by the artist and director, Evaluna Montaner, and Cristian Saumeth, and was filmed in the privacy of their home.

In addition to being one of the songs on Camilo’s new album, which will be released in September 2022 under Sony Music Latin, “Pegao” will be part of the live repertoire of his successful international tour “Inside Pa Outside Tour”.

The tour will begin on May 26 with three concerts in Mexico and will continue its tour of Europe, the United States, Puerto Rico, Canada and Colombia. 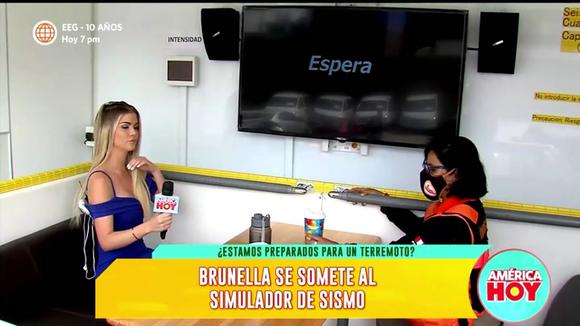 Brunella Horna got scared in an earthquake simulator.