WATCH THIS: ‘Chibolín’ to his production for not presenting it as he wanted: “Lower your volume crap” (VIDEO)

The popular “Chibolín” referred to the comedians Jorge Benavides and Ernesto Pimentel, who plays the character of La Chola Chabuca, while talking with Varo Vargas, winner of the Mister Supranational Peru 2021 contest.

“There were almost 40 countries (with which I competed). We have won him, it sounds like a cliché, but I feel that all Peruvians win in that contest, “said Vargas, generating a peculiar response from the driver of” Today is Saturday with Andrés “.

“No, no, you won. Imagine all these ugly people here, why are we going to get in your car? It’s like when I’m in Azteca, in Mexico, when I say ‘I represent Peru’, why am I going to go up to all of Peru? I have won alone. Why am I going to go up to La Chola Chabuca or JB? JB, who is on his program on ATV, that he doesn’t even see it because he is seeing me right now, ”replied Hurtado.

WATCH THIS: The luxury vacation of Josetty Hurtado and her mother in Las Vegas: “Happy Mother’s Day” (VIDEO)

Later, among some laughs from those who accompanied him on the television set, such as the former beauty queen Jessica Newton, the TV host added: “I am very envious, ah. I hope they all die and I’m left alone. That’s how I am, my dream is that “La Chola Chabuca” dies.

His statements caused Vargas to stop him in his statements and ask the public not to “listen” to the presenter. 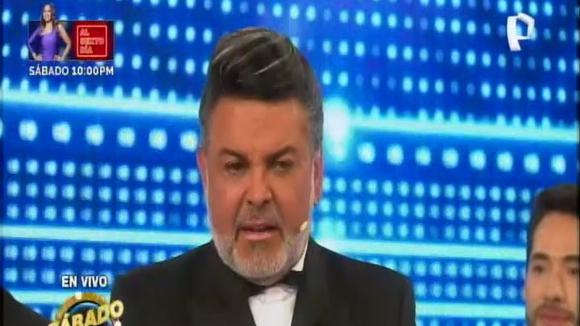