After Kjarkas’ golden anniversary celebration in Lima, it is now the turn of Chila Khatunthe heirs of Bolivian and Latin American folklore who will visit us to offer a massive concert called “The Music Revolution has begun” next Saturday, July 9, at the closed Eduardo Dibós Coliseum.

Chila Jatun -name that translated from Quechua to Spanish means “Little Big Ones”- It is made up precisely by the children of Los Kjarkas who, following in the footsteps of their parents, also walk the path of folklore, but with much more contemporary airs.

The band is completed by: Luis Hinojosa Heredia (electronic bass), Branly Yañez Enriquez (acoustic drums) providing special support with their instruments, including: quenas and panpipes. All of them take the baton of the new generation that spreads Latin American folklore.

Just like her parents did, Chila Jatun started in the labor when they were children and teenagers and now with 15 years of experience and 5 recorded albums, They arrive in Lima to throw the party to the rhythm of huaynos, salay and tinkus, genres that young people in our country really like. So much so that there are many fan clubs that follow them through the different platforms.

But Chila Jatun does not distance herself from social issues as her parents do until now, but rather they include in their repertoire their own songs of denunciation such as “Justicia para vivir” and of course love and heartbreak, achieving that connection with the public every time they get on stage.

Among its topics are “Nawpaq Warmisitay”, “Bella Mujer”, “Yana Ñawi”, “Amor de Caporal”, “Ojitos de luna”, “You made fun of me”, “You don’t know how to love”, “I got tired of loving you”, “Sacred love ”among others.

Chila Jatun will perform with “The Revolution has begun” on Saturday, July 9 at the Eduardo Dibós Coliseum in San Borja, but they will also visit cities such as Cusco, Juliaca, Puno, Tacna and Huaraz. Tickets to see them in Lima are now available at teleticketThey range from s/50 to s/180.

Luis Advíncula: His mother is surprised to learn that her son resigned from the national team 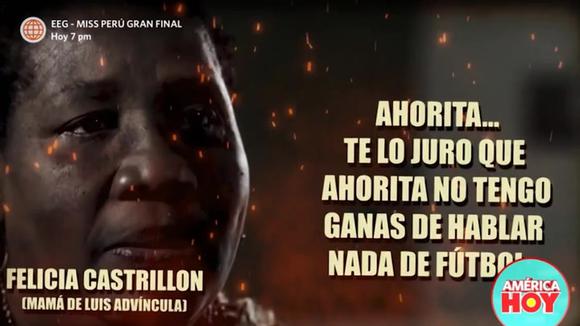