Christian Chaveza former member of the RBD group, in an interview for Yordi Rosado’s YouTube channel, recalled the difficult moment he experienced when he decided to tell his parents that he was gay.

The protagonist of “Rebelde” said that at the age of 17 he decided to talk about his situation with his family. However, his mother Olivia Garza, who was very religious, did not take the revelation in the best way.

“At that moment, my mom kicked me out of the house. She told me that I was going to die of AIDS, that God did not want me like that ”, counted.

Like his mother, his father Luis Chávez did not have a good reaction either: “My dad was kind of shocked, he thought it was like a fad. He told me something that hurt me: ‘Don’t let it show, don’t bring anyone here to us’ and, obviously, it was a ten-year process in which they began to understand ”.

Despite everything, Christian Chávez finally received the support of his parents and now offers his support to those who, like him, have had to experience a similar situation. “After a few hours, my mom called me at a friend’s house and said ‘please come back.’ I am back”, concluded. 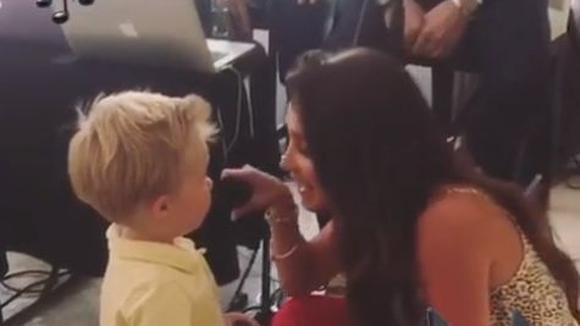