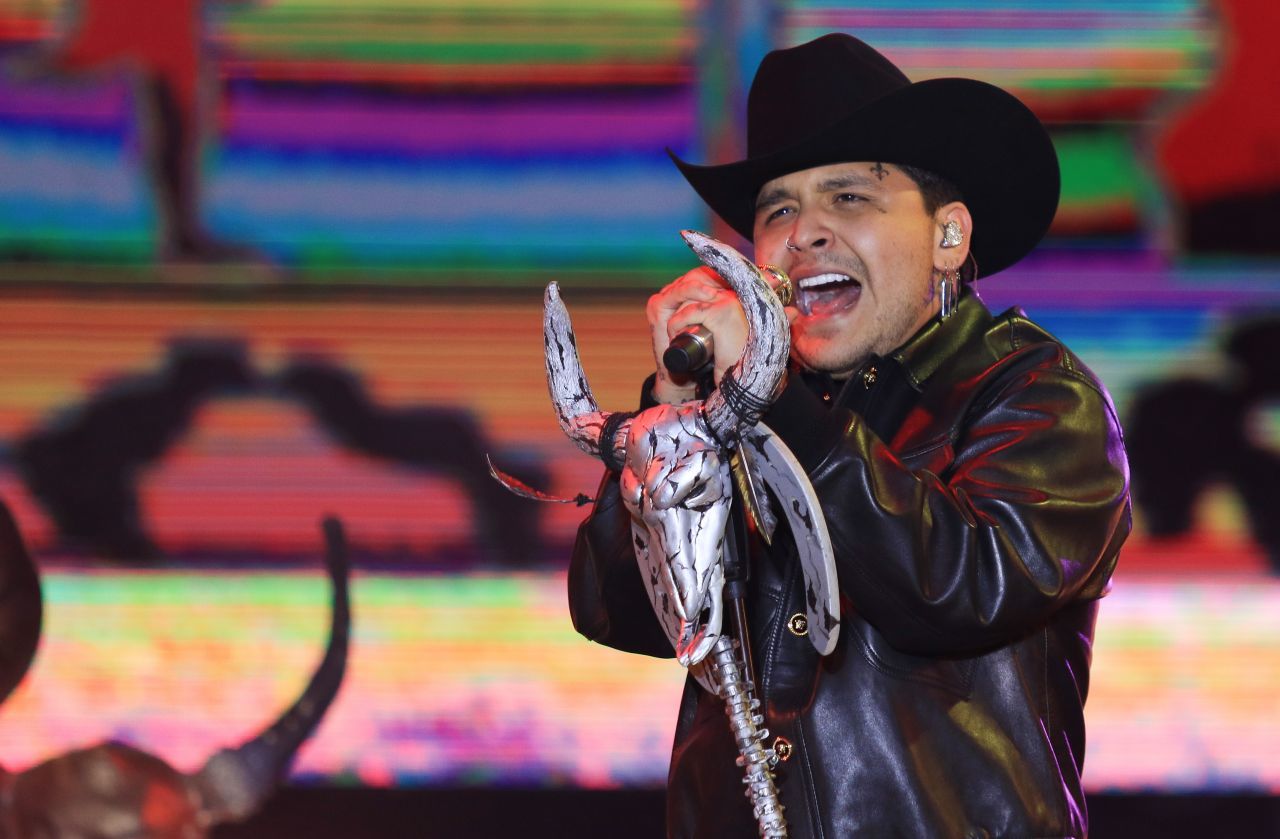 Nodal had to reschedule his concert in Colima PHOTO: ESTEBAN HERNÁNEZ /CUARTOSCURO.COM

The singer Christian Nodal he had to reschedule one of his concerts due to high rates of violenceaccording to a statement, the event that would take place in the Plaza de Toros “La Petatera” in Villa de Alvarez, Colima next Saturday April 2 will be postponed.

“We hereby regret to inform you that due to acts of violence and insecurity that have arisen in the metropolitan area of ​​the city of Colima, Colima and for the safety of you general publicthe JG Music team, the Santa Maria company and the Artist Christian Nodal, have reached an agreement to postpone the event”, it could be read this Wednesday, March 23 in the text of JG Music on their official social networks.

In the statement, Nodal’s representatives explained that the singer “hoped to be back in the city as soon as possible, and that the unfortunate events that are currently happening cease”, this with the aim of giving his fans a great night of Mexican region. 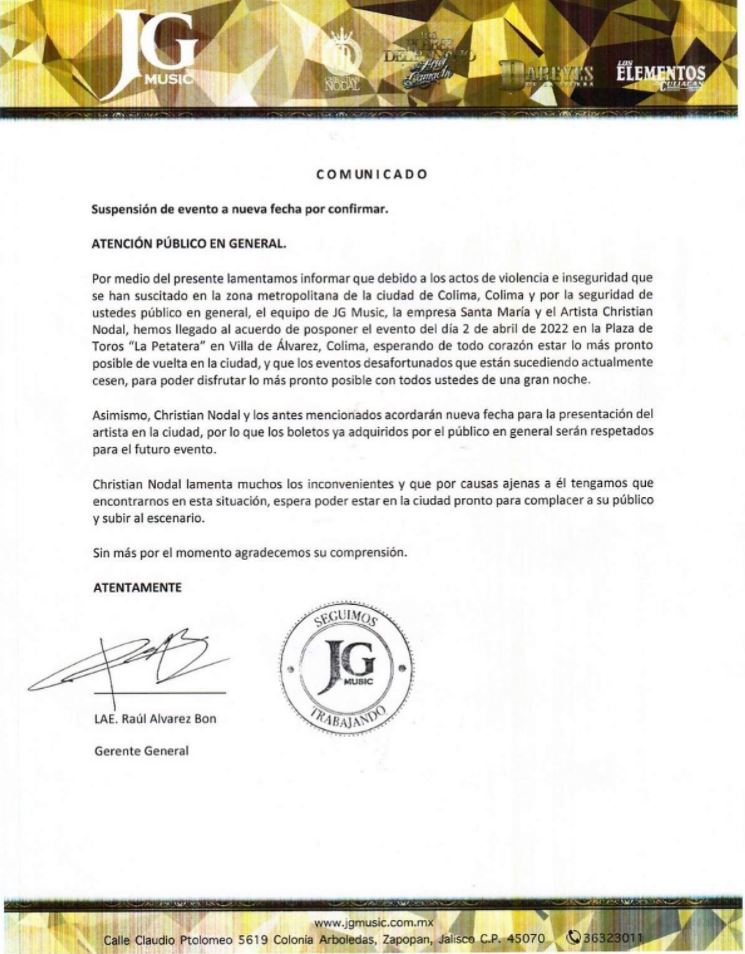 This was the statement about the Colima concert (Photo: JG Music)

Similarly, in the same statement it was clarified that people who already had their tickets for the concert on April 2 will be able to use their tickets to enter the venue when the date is announced. “Tickets already purchased by the general public will be respected for the future event,” it read.