After selling out five performances at River’s stadium, Coldplay announced a sixth date for next November 2. Within the framework of “Music Of The Spheres World Tour”, the English band has already sold more than 3.2 million tickets in total around the world and, due to the insistent demand of the fans, it is that they decided to perform one more show in Argentina . 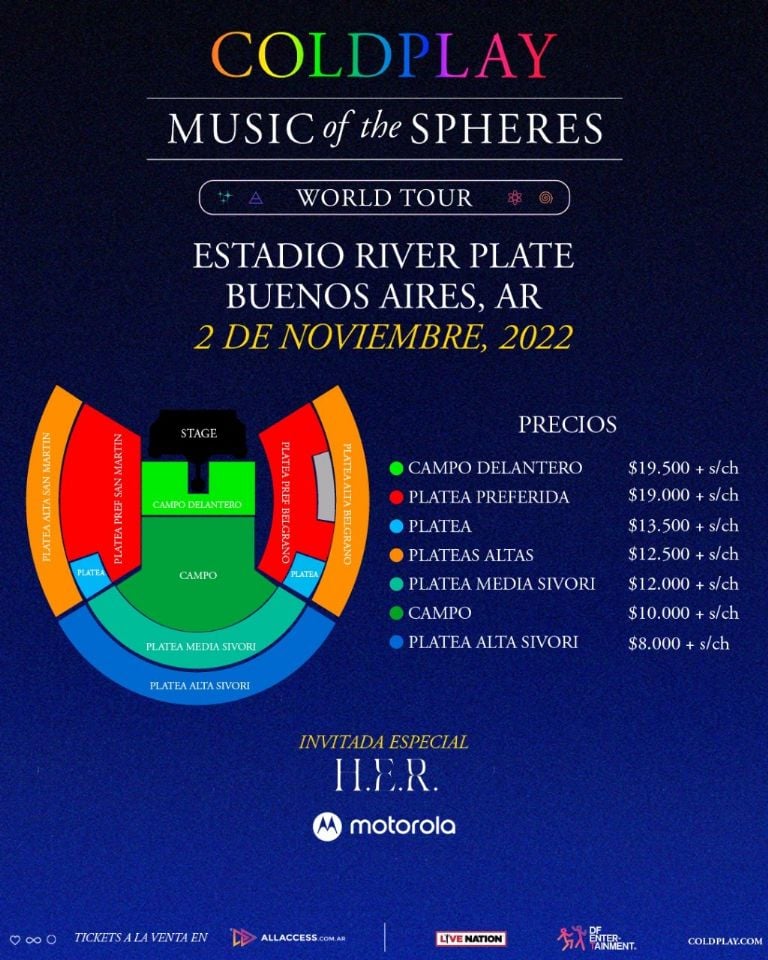 After their last visit to the country, within the framework of the successful “A Head Full Of Dreams” tour (which began in Argentina in 2016 and ended here a year later, in 2017), the British presented “Music Of The Spheres World Tour”, the most revolutionary tour of their entire career, in which they propose a before and after in the music industry and live shows based on an active commitment based on sustainability and environmental commitment in their own concerts, including initiatives that allow the reduction of CO2 emissions and the planting of a tree with each ticket sold.

In addition, their incredible shows are characterized by the imposing staging, emotion as the central axis of all their presentations, and the active participation of the public.