The ex-wife of the Puerto Rican singer cosculluelaJennifer Fungenzi, testified this Wednesday before the Court of First Instance of Puerto Rico in the preliminary hearing process against the artist and affirmed that he assaulted her in her second pregnancy, was unfaithful and burned her clothes.

Fungenzi said that from the beginning of their marriage in 2015 they had problems, including strong arguments that gradually evolved into physical attacks.

presumably tickles the “He grabbed me by the neck, pulled me by the hair and lowered my head. She turned on the shower in our bathroom and threw it against the wall and against the floor ” in her second pregnancy, according to local media.

Fungenzi recounted multiple incidents in which Cosculluela attacked her, which she said began in 2016 and ended before her divorce.

José Cosculluela Suárez, the first name of the urban interpreter, faces 13 counts of mistreatment under Law 54 and two counts of violations of the Weapons Law related to a complaint for events that have to do with his ex-wife.

Superior Judge Yumayra Serrano agreed with the defense that on December 19 and February 17 they will continue with the preliminary hearing.

The reggaeton singer, known as El Príncipe, was arrested on October 14 by local authorities “in the form of domestic violence.”

The arrest occurred several hours after the Police reported that two luxurious vehicles belonging to Cosculluela’s ex-wife were burned in an exclusive urbanization in Humacao (east).

In its more than 20 years of experience, Cosculluela has positioned itself among the greatest exponents of the urban genre worldwide, collaborating with artists such as Daddy Yankee, Nicky Jam, Bad Bunny, Ozuna, Farruko, J Balvin, Zion & Lennox, Arcángel, De La Ghetto, Wisin and Yandel, among others.

Multiple songs have surpassed 100 million views and have positioned him as number one on the Billboard Latin charts. 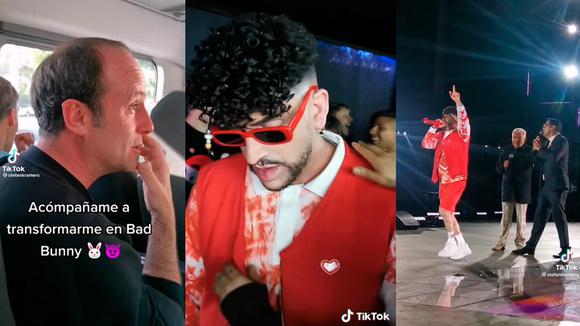 A well-known Chilean impersonator, Stefan Kramer, was encouraged to participate in a charity event in his country on November 6, featuring the Puerto Rican singer ‘Bad Bunny’. With makeup, a wig and a meticulous study of the artist, Stefan Kramer went on stage to sing ‘Tití me pregunta’, one of the hits of ‘bad rabbit’. (Source: @stefankramers)