Avalanche of people, violence abroad and more than 4,000 attendees who managed to enter without buying tickets last night marked the first of the three concerts that the singer daddy yankee It will take place at the National Stadium in Santiago de Chile, a chaos for which the organization blamed the security forces.

LOOK: Why Daddy Yankee could face legal problems during his tour of Chile

In a statement issued after the dissemination of images of confusion and violence both outside and inside the crowded stadium, the producer assured that it had complied with all the required security protocols and assured that the responsibility of the doors to the outside is of the authorities.

“The show was carried out under a strict security and logistics protocol. We double human, technical and coordinated planning resources to deal with the wave of violence and crime that massive events have recently experienced, including the appearance of organized gangs dedicated to counterfeiting tickets and coordinating avalanches at doors, which they have become constant without receiving attention from the authorities,” he claimed.

The producer Gallant “He complied with everything, there being no incapacity of the person who is organizingbut rather of those who are responsible for what happens with crimes in the streets and around the premises where they take place”they stressed.

According to it, 250 people from two security companies, 100 more dedicated to customer service, 140 validators to prevent ticket counterfeiting, 100 ushers in numbered seating sectors, drones, security cameras and metal detection were deployed to control the event.

Even so, more than 4,000 people sneaked into the venue, even arriving unopposed to the VIP areas. Thousands more agreed with false tickets and several thousand stayed outside despite having paid for their ticket.

For some reason the fence that separates the general court from VIP was opened 😅 pic.twitter.com/JBbHi0XKIN

Now all respect is lost 🥲. Some of the general court are going through the middle to VIP. There are guards but they really can’t do much. pic.twitter.com/wFEm8PwDDa

The Puerto Rican singer has managed to fill three national stadiums for his farewell tour, which has unleashed madness in Chile.

In response to the images and complaints from the attendees, the Undersecretary for Crime Prevention, Eduardo Vergara, reminded the producer that many of the events occurred inside the venue, which was under the full responsibility of the organization, which He revealed “an inability” of the managers.

The avalanches of people outside the stadiums, with organized groups that try to force irregular entry are not new in Chile, and occur on numerous occasions, particularly at soccer games.

Months ago, Conmebol fined Colo Colo, the country’s main team, for incidents in a match at the monumental Copa Libertadores stadium in which a similar avalanche occurred through which hundreds of fans entered without paying.

As on this occasion, the clubs and the authorities launched mutual reproaches: the first arguing that security outside the stadiums is only the responsibility of the police force, and the second insisting that as public limited companies they are fully responsible of the celebration of the event.

Daddy Yankee and the story behind his song “Gasolina” 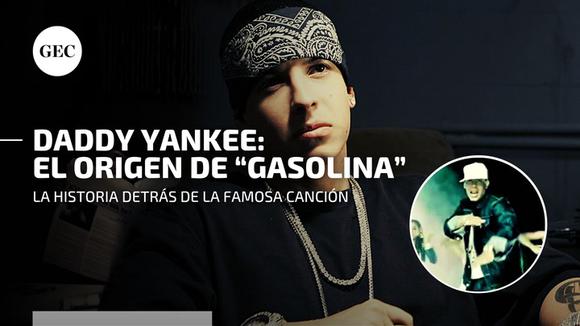 Daddy Yankee is considered one of the greatest exponents of reggaeton and in 2004 he released his song “Gasolina” which became a worldwide success.