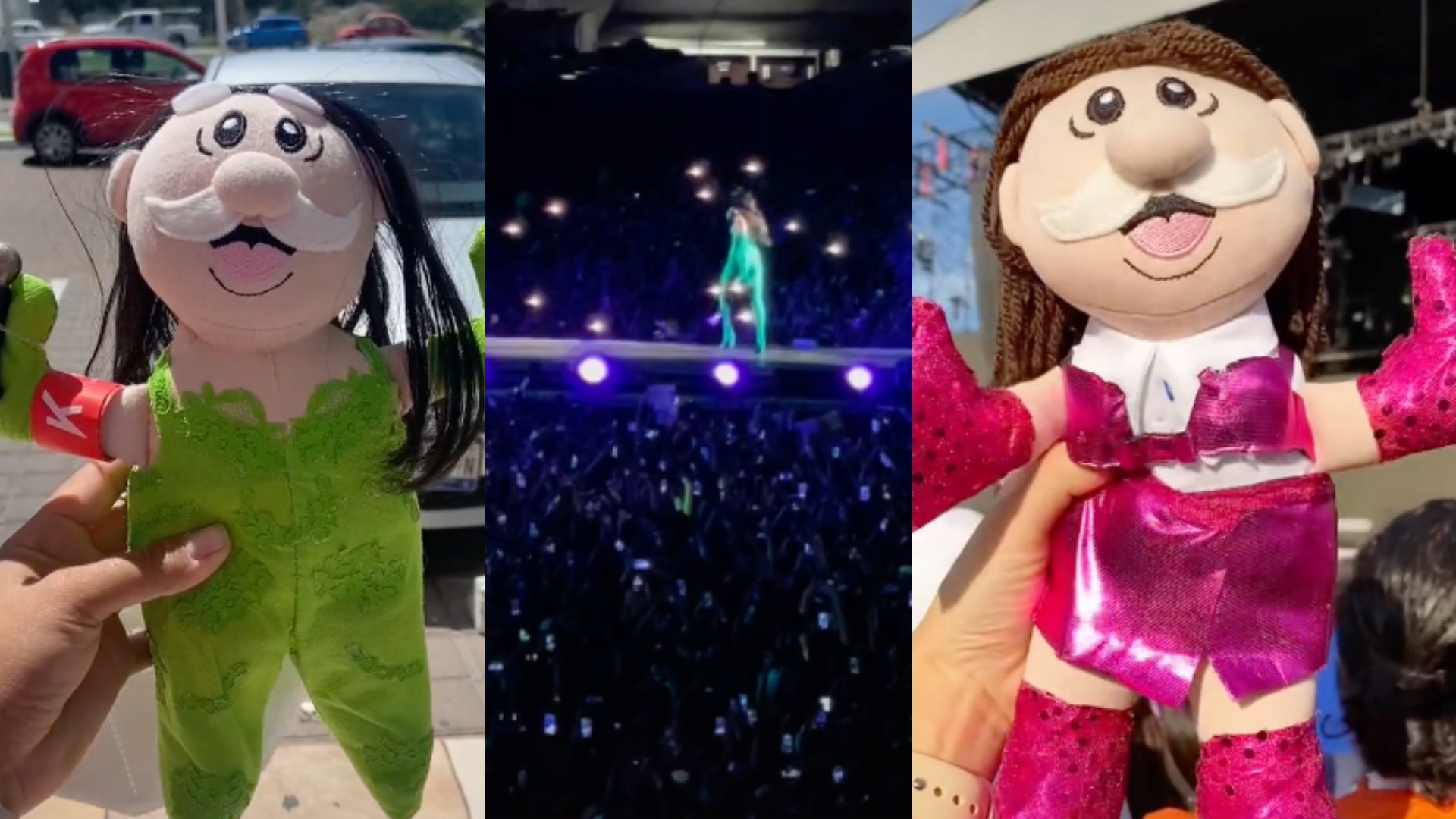 During the night of last Wednesday, Dua Lipa showed up at the Mexico City Sun Forum to captivate her most assiduous fans with her greatest hits, however, a moment of tension was experienced when the famous kicked one of the already emblematic Dr. Simi.

And it is that, since 2021, Mexicans have begun a tradition that consists of personalizing the pharmacist’s stuffed animals, to throw them at their favorite artists during concerts. Thus, this tradition became more relevant after rosalia visit Tierra Azteca and was extremely excited with all the dolls they gave her.

But, although the panorama of Dua Lipa seemed to be heading to be part of the list of artists who despised this detail as it was Jose Madero or Ruben Albarran, surprisingly, her fans had mercy and forgave the interpreter of hits like Levitating, One Kiss either Break my heart.

It all happened in TikTok where the clip where you can see that Dua is walking on stage while singing be the one and after meeting a Dr. Simi kicks him.

“We forgive him everything because he spoke in Spanishly is perfect”, wrote the Internet user who shared the video.

To this, hundreds of reactions were added where Internet users agreed that an exception would be made with Dua Lipa and she would not be attacked for not interacting with the stuffed animal.

“I speak Spanish better than one, you are forgiven.” “I did see hahahaha but it was because the dancers were going to dance there.” “Maybe he didn’t know what it was.” “I forgive her everything.” “He can do whatever he wants”. “She is forgiven for being cute”, were some of the comments that flooded this social network.

As the singer’s fans mentioned, during her recent presentation in Mexico, Dua Lipa did not hesitate to speak in Spanish for her fans, which left the audience very surprised and they acclaimed her for her fluency with the language.

“I want to say many things, but my spanish is not perfect, I love you and tonight I’m going to try for you. Thank you, I love you very much Mexico, OK We are going to enjoy the show”, he is heard saying in some videos that circulate on social networks.

Once again, her fans exploded and were grateful that the British artist has made an effort to speak in this language.

“How beautiful weeeey so cute tqm dula peep”. “I’m crying, I still can’t believe that happened.” “Her voice of hers in Spanish is mesmerizing and sexy.” “You already won over Mexico, I love it even more,” they wrote.

But not everything was rosy for the singer, since during the early hours of this Thursday, a 6.9 tremor shook Mexico and the artist was caught a little worried when experiencing the tremor.

This happened in a club in the streets of Zona Rosa that housed the Aron Piper show the early morning of September 22what seemed like an after of the Future Nostalgia Tour that Dua Lipa had just offered to her thousands of Mexican fans.

Dua Lipa chatted and danced happily with Aron Piper, until at 1:16 a.m., an earthquake of magnitude 6.9, with an epicenter in Coalcomán, Michoacán, hit the CDMX. All the neighbors came out of their houses, apartments and the nightclubs evicted their audience, fear once again invaded the people of the capital.

It was then that several photographs and videos began to go viral about how the famous singer from the United Kingdom had experienced the tremor. In a 16-second recording, the confused singer can be seen surrounded by bodyguards and she can be seen exchanging a few words with Piper.

The best memes of the early-morning earthquake of magnitude 6.9 that woke everyone up
Maricela Guerrero and her narrative and autobiographical poem “Distancias. Of the whims of your heart
This is how Dua Lipa lived the earthquake this morning in CDMX