elle macpherson rocked a glamorous figure when spotted in London after being trolled for ‘editing’ her snaps during PFW.

She was in several Paris Fashion Week shows, including Dior and ALAÏA.

After her jaunt to the French capital, Elle was spotted arriving at the Eurostar terminal at Kings Cross St Pancras in London on Wednesday. 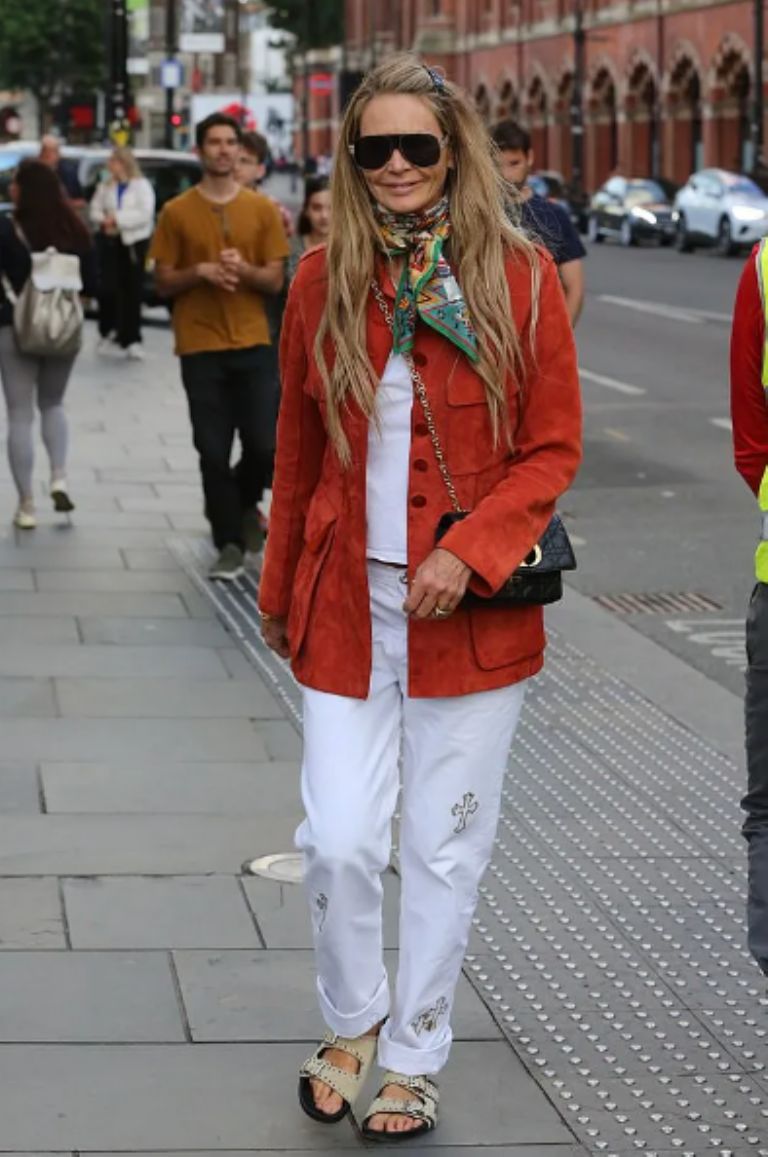 The 58-year-old supermodel looked typically stylish in a red suede jacket and white jeans, which were embroidered with a gold cross and left fans mesmerized by her endless beauty.

Fans were wowed by Elle’s chic look as she dressed up her daytime outfit with a white T-shirt and printed silk scarf, while also adding a pair of studded beige Birkenstocks.

The mother of two completed her outfit with a pair of black aviator sunglasses and a selection of gold jewelry.

The manipulated photo of Elle Macpherson

Although she put on several stunning displays while in Paris, Elle confused fans when she uploaded a photo of herself that appeared to have been doctored. 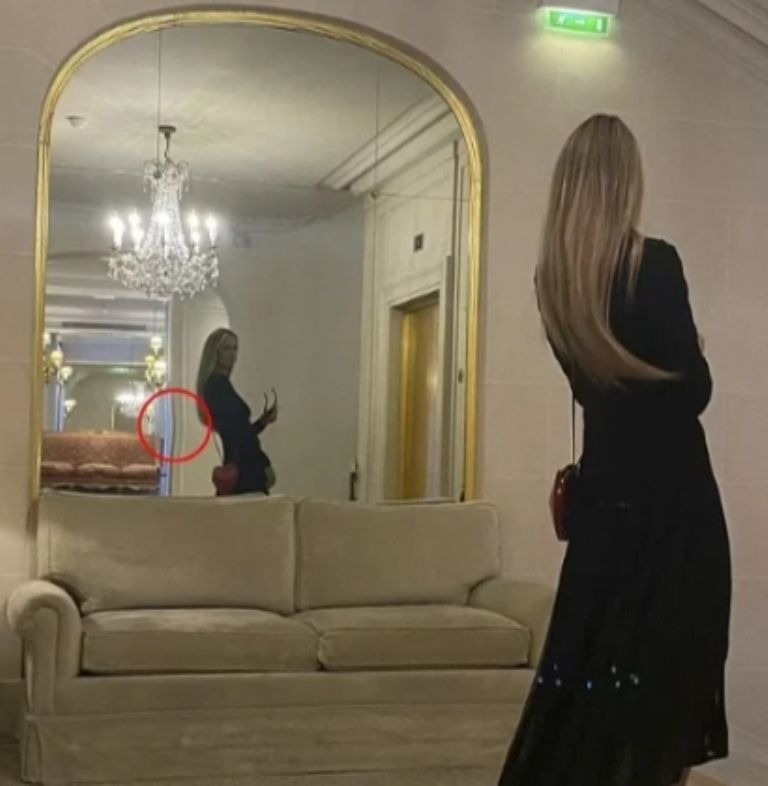 However, a closer look at the image suggests that it may have been tampered with, as a portion of the wall reflected within the mirror appears to be warped.

While everything else in the mirror appeared normal, the small area behind Elle’s back and butt appears to bend to the right unnaturally, a telltale sign that the image has been manipulated.

The most common use of the Liquify tool is to change the shape of a person, and in this case, it would have given Elle a slimmer, curvier waist.