He is the Cem from the ARD sitcom “Turkish for Beginners”. And the petty criminal substitute teacher Zeki Müller in the “Fack ju Göhte” films, at the premieres of which fans screamed their hearts out when Elyas M’Barek appeared on the red carpet. The Austrian is a superstar in Germany, but little is known about him. The actor, who turns 40 on Sunday (May 29), is adept at keeping his personal life out of the public eye.

“I stay away from red carpets as much as possible. My life always takes place somewhere else away from such places and also away from the Yellow Press,” said M’Barek of the German Press Agency in Munich. “You have to be aware of where and how you want to take place right from the start. That’s really all.”

While other celebrities spread their love and private lives on social media or in interviews, the Munich resident keeps a low profile. Photos and short videos from premieres, advertising for new films and one or two snapshots, preferably from vacation or the restaurant – that’s all there is for the fans, including around 2.9 million followers on Instagram and 2.2 million on Facebook .

There is still speculation, for example about an imminent wedding. Is that correct? M’Barek doesn’t answer, albeit politely and with a laugh. In the new movie “Liebesdings” (theatrical release: July 7) he can draw on such experiences. He plays a movie star who runs away from the tabloids and makes a fateful acquaintance in a small theater. “My secret marriage has already taken place 25 times,” says the hunted man in the film, referring to the many rumors about his love affairs.

Many (love) comedies run through M’Barek’s filmography, for example in “Nightlife”, “Mennerhort” or “The Perfect Secret” by Bora Dagtekin. The actor skilfully combines nonchalance and wit – with sympathetic self-mockery. The drama “This Stupid Heart” about a friendship with a seriously ill boy, “The Collini Case” about a legal scandal or the film biography “Times Change You” about the rapper Bushido are more serious.

“So free from any visible exertion, so unrestrainedly enthusiastic about himself and the world, no other German film actor is doing his job at the moment,” said the “Spiegel” in 2013 after the sensational success of “Fack ju Göhte”. That was not foreseeable. In the school theater he was only ever allowed to play supporting roles, he once confessed to “stern TV”.

The actor describes his childhood and youth as civilized and unspectacular. His mother is Austrian, he is also an Austrian citizen. He got his last name from his father, a Tunisian. A fact that none of his friends cared about. “It wasn’t until I started working in film that I was totally surprised that almost everyone there was talking about my migration background,” he is quoted as saying by “Spiegel”. 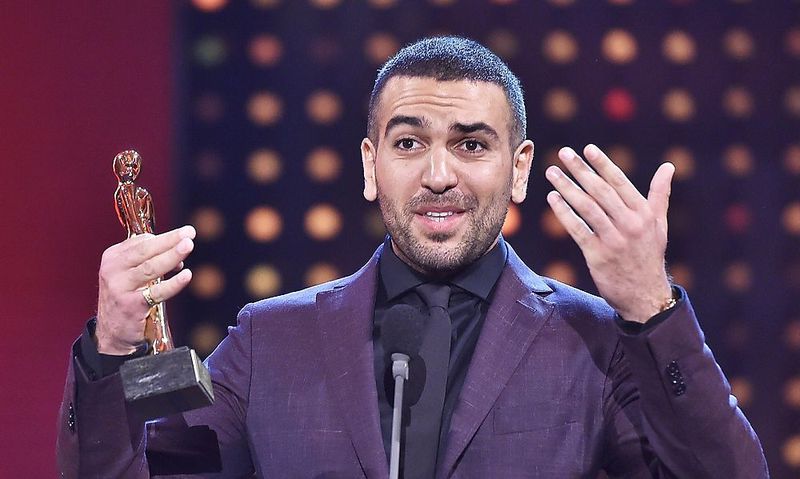 He still experiences everyday racism to this day, “but of course much less than with other people who are not in the public eye and who are not famous”. The opportunities are not the same for everyone, especially for people with a migration background or for people of color. “I can only do my small part by showing that I’ve made it with this name, with this origin,” he says. “I hope that I can be a role model for one or the other in some way.”

Does fame have a downside? “Of course you experience crazy things,” says M’Barek. People waiting for him on the doorstep, or crazy love letters. “What you also have to get used to is that people often say a lot of nonsense about you. People you’ve never seen before. It’s always crazy.”

But he doesn’t want to complain. “When you’re famous, you can take liberties, you go abroad or something if you want peace and quiet,” says the actor. He traditionally spends his birthday on the Spanish holiday island of Ibiza, with friends and other people who are important to him. It doesn’t bother him that in the future a 4 will indicate his age, he is rather grateful. “I’m super excited to celebrate my 40th birthday and most importantly knowing that I don’t have any regrets or feel like I missed out.” Accordingly, the motto of the party: “There will be a big break instead of a big crisis.”