The Spanish actress Esther Acebo, remembered for having given life to Mónica Gaztambide (Stockholm) in the series “The Money Heist”used her social networks to announce that she became a mother for the first time.

SIGHT: “The paper house”: 10 great figures of the Netflix series

Through her official Instagram account, where she has more than 6 million followers, the actress from Madrid surprised everyone with three photographs that reveal the birth of her baby.

According to the actress, her baby was born on March 5, after a labor of more than 25 hours. In addition, she thanked the people who were with her during this stage.

“5/3/22 After the wildest 25 hours of my life, the Sun came out. Thank you for daring to live this life with me, little one. Thanks to those who accompanied me on that journey of blood, sweat, tears and love from the most absolute respect “said the actress.

As expected, Esther Acebo’s message was well received by her unconditional followers of social networks, who congratulated the actress for this new stage in her life.

Among the most outstanding comments of the publication are those of some colleagues from “La casa de papel” such as Pedro Alonso (Berlin), Diana Gómez (Tatiana), Paco Tous (Moscow), among others.

Rebeca Escribans came out in defense of María Pía Copello 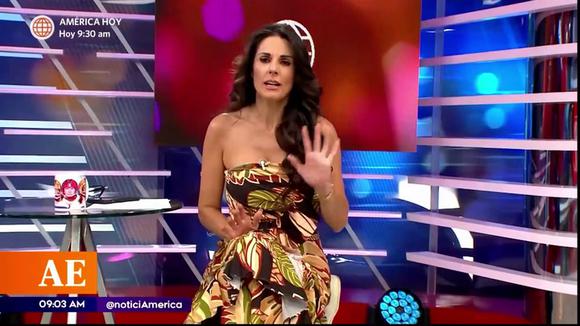