The Belgian Royal Family has announced that will host three families of Ukrainian refugees in the coming daysthe news has been confirmed by the Belgian Royal Palace through RTBF (Radio Télévision Belge Francophone). King Philippe and Queen Mathilde of Belgium they set an example of solidarity between European royalty in the fight against the international crisis caused by the Russian invasion. the couple of royals has decided to take the important step of making available to Ukrainians two empty apartments that belong to the Royal Donation, the institution that manages the properties that King Leopold II of Belgium donated in 1900 to the Belgian nation on the condition that that they would never be sold, they would retain their function and remain at the disposal of the successors of the Belgian throne. 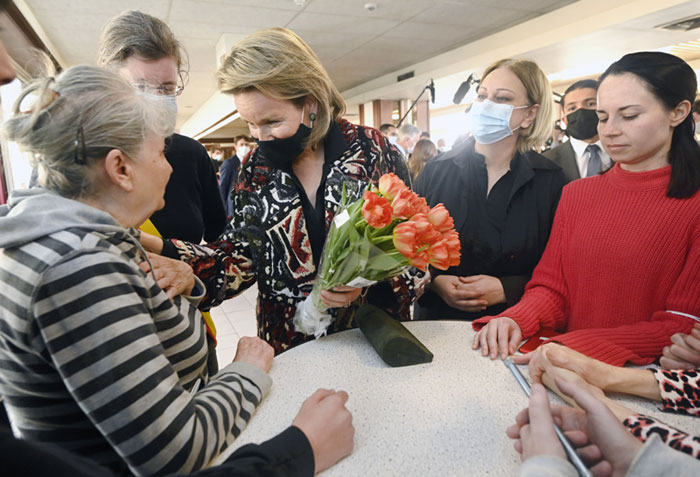 Has been Jan Smets, President of Royal Donation, who has explained in detail the formula chosen by the Kings of Belgium, who with this altruistic initiative, become, once again, an example for their people. In his statements to Belgian television, Smets, at the head of the institution since May of last year, has detailed that the three chosen families will be located in two of the empty apartments found in the Royal Donation buildings. Is about Buildings normally used to shelter disadvantaged families without the country’s resources, which will temporarily be made available to the serious international emergency that is causing the Russian invasion: “Housing units whose original purpose was to be available to social agencies to house people with basic income, a mission that corresponds well to what we wish to achieve with this generous donation. Due to the current crisis of refugees, we will make these homes available for this emergency care,” explained the Belgian official. 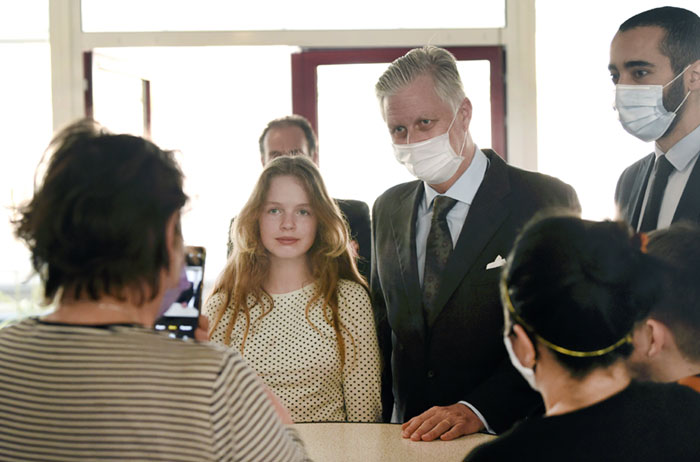 As detailed by the president of the Royal Donation, preparations have already begun so that the reception can be done as soon as possible. If there are no setbacks, the three chosen families will be able to dispose of their houses next April, as Smets announced in his statement: “These single-family homes will be available from the beginning of Aprilafter furnishing them and doing some small jobs they will be inhabited “ 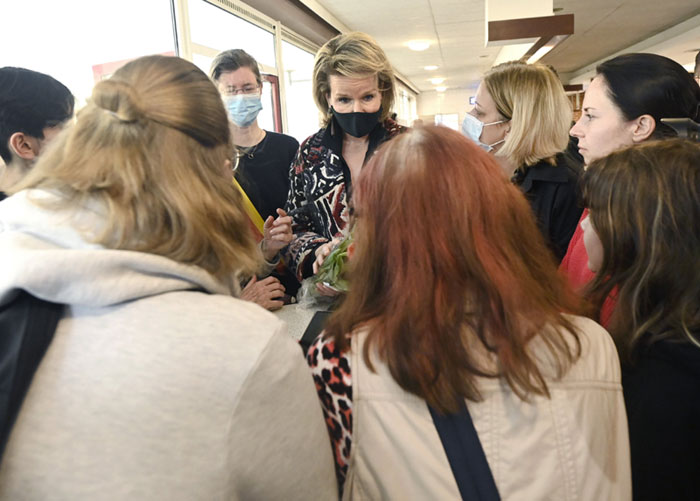 Involved in providing solutions since the war began in Ukraine and the first refugees arrived in the country, King Felipe and Queen Matilde of Belgium, the first thing they did was meet with victims on the ground. Last Wednesday, the couple accompanied the Secretary of State for Asylum and Migration on his visit to Molenbeek, the former home of the Sebrechts, which has been transformed into a refugee care center for the emergency. There they already gave a sign of their great solidarity and closeness, speaking with several of the volunteers who work in the center and directing their love especially to the refugees, listening to their dramatic experience. According to the latest figures given by the HCR (UN) there are more than two thousand refugees who try to reach Belgium every day, there are more than three million Ukrainians who have fled their countries as a result of the war.

-Between sustainability and folklore: the King and Queen of Belgium visit the Dubai Expo on their tour of the Middle East

It is not the first time that the Belgian monarchs have shown their social commitment, they also opened the apartments of the institution last summer to welcome families who had been left homeless after the floods that devastated central Europe. It is an attitude that could already be seen in their predecessors, Alberto and Paola from Belgiumwhat During his reignin 2009, they did the same with Afghan families who arrived as refugees in the country. At that time the Belgian Royal Family opened the doors of the Ciergnon Castle, located in the small town of Namur, which is also part of the properties that Leopold of Belgium donated to the Belgian people at the beginning of the 20th century, concerned about the marriage of all his daughters with foreign princes.

Click to see the documentary of Matilde of Belgium, her monographic chapter of the Royals series. You can see more on the new video platform HELLO! PLAY, where you will find programs on cooking, fashion, decoration and biographical documentaries of ‘royals’ and ‘celebrities’. Do not miss it!