Suffering from lung cancer, singer Florent Pagny and emblematic coach of the show The Voice, will appear with a shaved head this Saturday, May 7, during the super cross-battle, the last stage before the live semi-final.

The interpreter of “Knowing how to love” indicated to Tele-Leisure that, following the first effects of his chemotherapy, he made the decision to completely shave his head.

“These chemos make you lose your hair a little but that’s fine, it doesn’t prevent us from staying in shape and looking good,” he told our colleagues, present during the filming, in February. latest.

Images of the 60-year-old hairless artist were unveiled after the April 30 show, in a trailer broadcast by TF1. And they have upset Internet users.

For this step, Talents can no longer be saved by their Coach

Only one outcome: Victory or Elimination

“It will make me cry again”, “Seeing Florent Pagny with a shaved head kills my heart”, “We will have a post-chemo Florent Pagny. Hard”, can we read in particular on Twitter.

If the coach will be present for prime-time live, from May 14, his illness has led him to cancel the thirty remaining concerts of his 60th anniversary tour, which was to stretch until July 2022. . 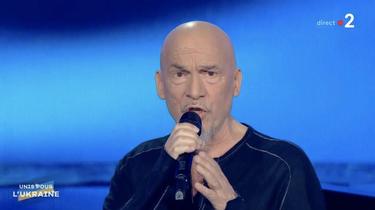 On March 8, Florent Pagny had already appeared with a shaved head on the stage of the charity concert “United for Ukraine”.