Drummer Taylor Hawkins passed away this Friday, March 25, in Bogotá, Colombia. The news was confirmed by the band Foo Fighters through a statement on social networks.

“The Foo Fighters family is devastated by the tragic and untimely loss of our beloved Taylor Hawkins. His musical spirit and his infectious laugh will live with us all forever.”was written on the band’s official Instagram.

Photo of Taylor Hawkins that went viral before her death

In the midst of this sad news, fans of Foo Fighters expressed their shock on social media at the sudden death of Taylor Hawkins. While other netizens recalled that a photo of the musician became viral days before his death.

Turns out the drummer made a little fan’s dream come true when the concert of Foo Fighters was canceled in Paraguay due to the bad weather conditions experienced in that country.

The girl plays the drums and when she found out that she was not going to be able to listen to the band of her dreams in the Festival Asunción, she decided to show her talent with this musical instrument outside the hotel, where the members of the American rock band were staying.

Taylor Hawkins was no stranger to the talent of his fan and decided to leave his hotel room to greet the little drummer and even took a photo to remember, an image that quickly went viral.

“My daughter, since she found out that the Foo Fighters were coming, started a campaign to meet them. Today we took her drums to play in front of the Sheraton (hotel) and look who came out of it at her call”, the girl’s father wrote. Without imagining, that days later, the drummer Hawkins would die in Colombia. 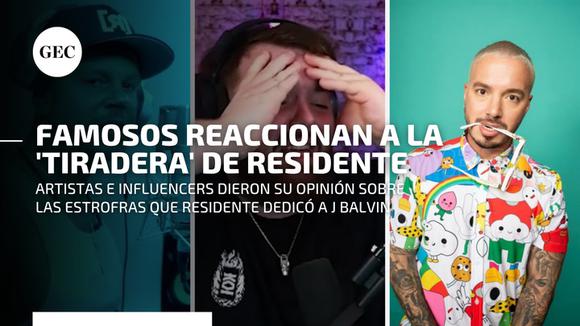 Residente’s song that went viral due to its forceful message to JBalvin provoked a series of reactions on social networks. From singers to influencers, many used Twitter and other platforms to speak out about it. What did they say? Here we tell you.