Serious allegations, sometimes in tears, against Johnny Depp: In the civil lawsuit between the “Pirates of the Caribbean” star and his ex-wife Amber Heard (36), the actress took the witness stand for the first time on Wednesday. “I’m here because my ex-husband sued me,” Heard said at the beginning of the questioning by her lawyer. It was “terrible” for her to “experience everything again” here for weeks and to talk to Depp about her past chapter.

“This is the most painful and difficult thing I’ve ever been through,” Heard said of the process, which has been going on for three weeks. Through tears, she described an incident from 2012, at the beginning of their relationship, when she was allegedly hit by Depp for the first time. He was using alcohol and drugs when their conversation about a tattoo on his arm ended in physical assault. At first she thought it was a bad joke, but Depp hit her in the face three times in a row.

“It changed my life” said Heard, visibly upset. Depp then apologized to her in tears on his knees and promised he would never do it again. Heard, in a dark pants suit, answered questions from her lawyer for almost two hours. According to her, Depp, especially when intoxicated, was often violent. There was also sexual violence, Heard said. The “Aquaman” actress described verbal attacks in which Depp allegedly threatened that he could kill her. He called her a “whore” and accused her for no reason that she was cheating on him. Heard’s lawyers showed photos of the actress, such as a bruise on her upper arm.

Depp (58), in a gray suit and at times with dark glasses, listened almost motionless to what his ex-wife said from a few meters away. He avoided eye contact, keeping his head down most of the time.

In his four-day testimony on the witness stand in Fairfax County Court, Virginia, Depp denied under oath that he ever struck Heard. The actor admitted that there had been arguments in their relationship. “But I never got to the point of hitting Miss Heard in any way, nor have I ever hit a woman in my life.”, emphasized Depp. Heard, in turn, had a “need for violence,” he accused his ex-wife.

end of the proof

After a good dozen days of trial, Depp’s team had completed its evidence on Tuesday. About two dozen witnesses had their say. In his civil lawsuit, he accuses his ex-wife of making false statements in a 2018 op-ed about domestic violence published by the Washington Post. This damaged his reputation. Depp is not mentioned by name in the article. He is suing for around 50 million dollars (a good 45 million euros) in damages for defamation, Heard has filed a counterclaim. 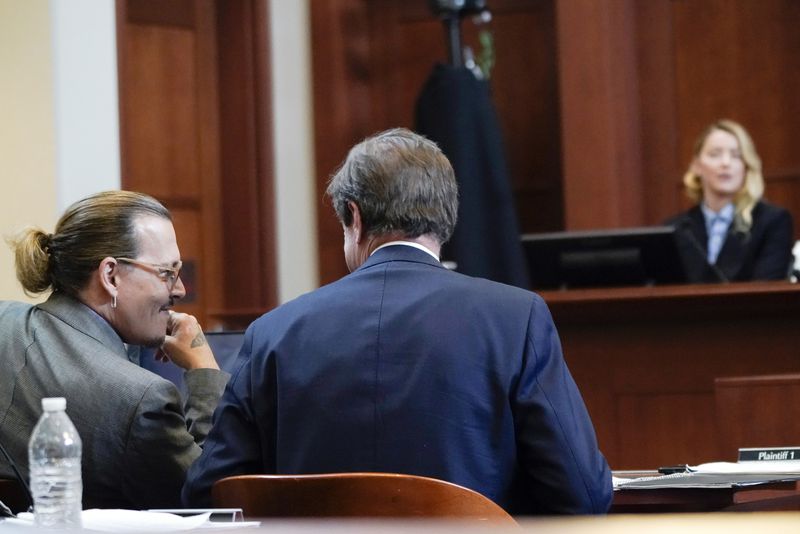 Depp and Heard met while filming The Rum Diary in 2009. Their romance began in 2011 while on a promotional tour for the film, following Depp’s split from his longtime partner, French actress Vanessa Paradis, with whom he has two children.

Depp and Heard married in 2015, but the actress filed for divorce after just 15 months of marriage. She accused her husband of domestic violence.

Their relationship was “intense” from the start, Heard said on Wednesday. She fell head over heels in love with Depp. “It was like a dream, absolutely magical,” she said of the beginning of their romance. Heard explained that he could be the kindest, most considerate, most generous, and funniest partner until his “scary” downside surfaced. 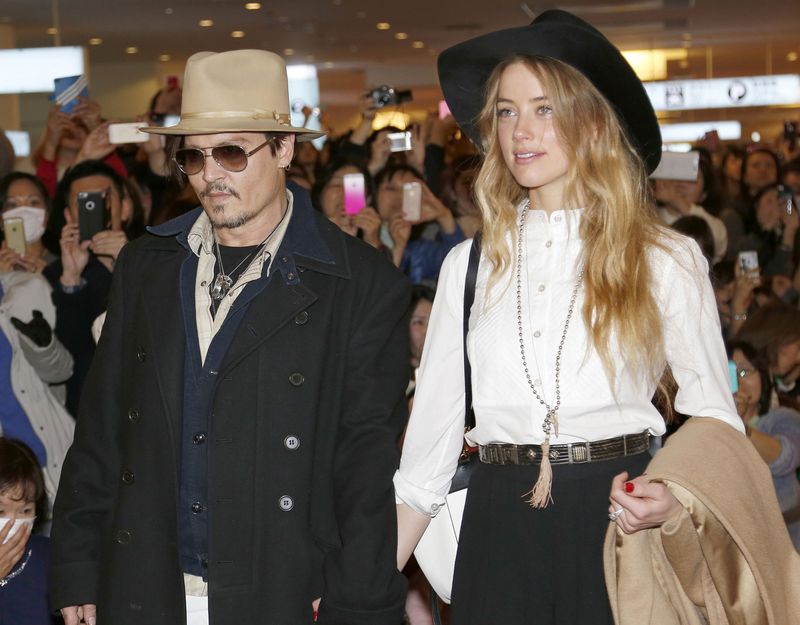 In front of the jury, she described Depp’s alleged intoxication, in which he had completely lost control of himself. But when he was sober, he told her that she was his salvation. Heard stated that she considered leaving Depp in 2013. But she has not given up hope that the man she loved will get his addiction under control.

The process is expected to take several weeks. Observers assume that Heard will be questioned for several days, including cross-examination by Depp’s lawyers. Actors’ assistants, psychologists, police officers and financial advisors have already had their say. Cell phone videos and audio recordings of the couple’s arguments, some shocking, were presented in court. The mud fight in front of the jury is broadcast by court cameras.