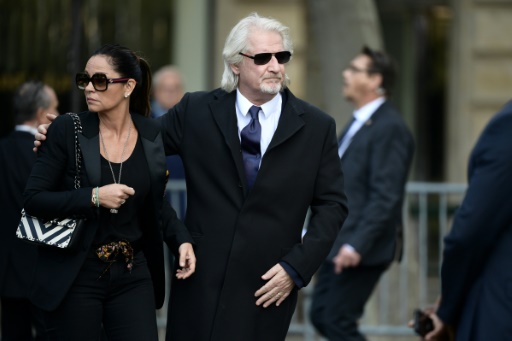 France Télévisions was ordered to pay a little more than 652,000 euros to Patrick Sébastien for “brutal rupture” of their commercial relations, an amount much lower than the 26 million euros claimed by the host-producer, according to a judgment consulted Thursday by AFP and unveiled by Capital.

Contacted by AFP, the public audiovisual group wants to appeal this judgment delivered on February 28 by the Paris Commercial Court. He did not comment, like the plaintiff’s lawyer, Me Isabelle Wekstein-Steg.

The management of France Télévisions had decided in October 2018 not to renew its flagship host at the start of the 2019 school year, after more than twenty years of collaboration, Patrick Sébastien seeing it as an “unfair” eviction for viewers.

For her part, the president of France Télévisions, Delphine Ernotte, has since assured that she would have “preferred” to keep it on the air but that he refused “to evolve, to modernize the concept” of the “Greatest cabaret of the world”, despite his demands.

“Abuse of economic dependence”, “disloyalty in the conduct of contractual negotiations”, “damage to the image” … The host of “Happiness Years” claimed, through his production company Magic TV, more than 26 million euros in court, citing a slew of grievances, almost all dismissed.

Anxious to stem the erosion of its audiences, France Télé “has sought to change the format of the programs ordered from Magic TV since 2016, while being proactive” and having announced to “its partner, unequivocally, change intentions and stronger budgetary constraints to be considered”, it is specified.

It is therefore not “established that France Télévisions lacked good faith” in its negotiations, considers the court.

On the other hand, “with a volume of orders significantly below” previous volumes for the last season, “France Télévisions did not execute the notice by maintaining the relationship under the previous conditions”, thus breaking “brutally the commercial relationship with Magic TV”. Hence its condemnation to damages on this point.