Farewell Mr. Treeger. The American actor who played the janitor in the hit series Friends, Mike Hagerty, died on April 29 at the age of 67. The sad news was made public this Friday, May 6, but the circumstances of his death are not yet known.

“With great sadness, the family of Michael G. Hagerty announces his passing yesterday in Los Angeles. A beloved character actor, his love for his hometown of Chicago and his family have been cornerstones of his life. Mike, a devoted husband, is survived by his wife Mary Kathryn, his sister Mary Ann Hagerty, his wife Kathleen O’Rourke and their daughter Meg. He will be greatly missed,” wrote actress Bridget Everett, known for her role in Sex and The City.

In the series Friends, Mike Hagerty played Mr. Treeger, the mustachioed and grumpy janitor, who made his appearance in season 2. Moreover, he was one of the most popular secondary characters in the series. 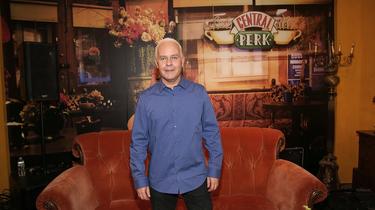 In the cinema, this second knife had appeared in many productions of the 1980s and 1990s such as Dick Tracy, Inspector Gadget, Wayne’s World, Speed ​​2, Austin Power 2, or Death will be so sweet.

And on the television side, he notably played small roles in Seinfeld, Grey’s Anatomy or even Community. He also appeared in the first two episodes of Brooklyn Nine-Nine﻿.