WATCH THIS: Magaly breaks down LIVE when listening to audio from Génesis Alarcón and her children: “Mommy, don’t let him hit you”

Alarcón went with his lawyer Claudia Zumaeta to the Magaly TV La Firme program, hosted by Magaly Medina, to respond to the recent accusations of his ex-partner, who denounced that the statements of the mother of his children are false and that she did not allow him to see.

“I couldn’t answer him because I didn’t have internet, when I answered him it was because I was going to my aunt’s house, which was two houses away. Where can I put the internet from (on my cell phone? If he gave me 20 soles and asked me for change (…) when I had the internet, I answered him, ”she assured.

In this context, the popular ‘magpie’ reviewed with Alarcón the course of the interview that the “Día D” program conducted with Polo last Sunday.

WATCH THIS: Andy Polo shows chats where he asks his wife to let him see their children: “I never abandoned them” (VIDEO)

The athlete’s ex-wife also commented that she does not intend to “keep the money” from her ex-partner, since she married “with separate assets.” Later, after denying Polo’s claims, she showed an audio of alleged family violence.

The audiovisual material makes an impact when listening to it, since the couple’s young son is heard asking his father not to attack his mother.

“What did he tell you, mommy? (…) please, mom, don’t hit you (…) mommy, give her the cell phone”, is heard in the audio. Both the driver Magaly Medina and the legal representative of Alarcón were stunned to hear the words of the minor. 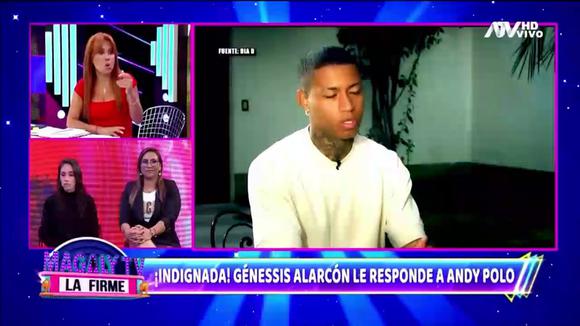 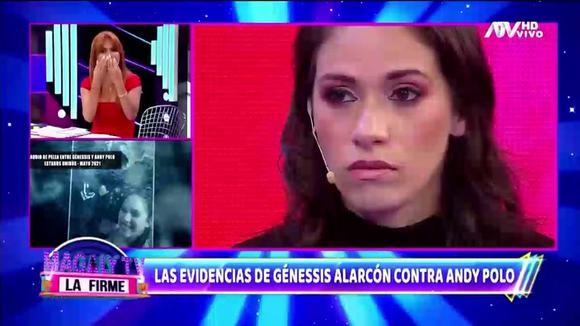