Grupo 5 continues to reap success and this time they came to Bolivia to complete a media tour presenting their most recent work, the album “Amigo y algo más”.

The promotional song “Amigo” has been very well received in the land of the altiplano that, in just a few days, managed to become the album of the week on Radio Gigante, the number one radio station in La Paz.

After 3 years, Grupo 5 has also reunited with its Bolivian fans at the Teatro al Aire Libre, where the Peruvian orchestra gathered 5,000 people, who sang and danced to the song “Amigo”, their new release, which was performed for the first time. once live and in front of his followers.

Grupo 5 was welcomed with much love and affection by its fans from the neighboring country, who also sang hits like “Parranda La Negrita”, “Cambio Mi Corazón”, “El Embrujo”, “Te Vas”, “Alimaña” at the top of their lungs. “, among others.

It is no secret that the one directed by Ricardo Gareca in the Peruvian team, Christian Cueva, is a fan of music, especially cumbia and has made it known on more than one occasion.

Weeks ago, Grupo 5 released its new album “Amigo y algo más” and Christian Yaipén revealed that the first song titled “Amigo” was dedicated to the athlete.

“The next song was requested by my friend Christian Cueva, for you ‘Amigo’. Christian Cueva enjoy it”, says the vocalist in the middle of his performance. 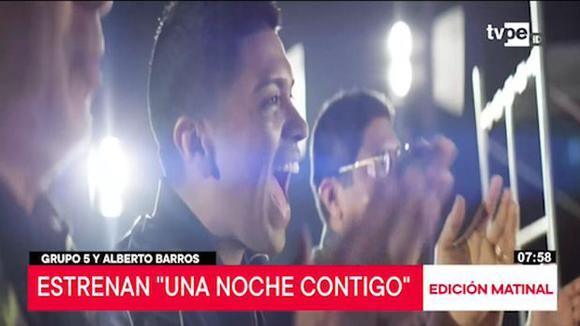