Clarifies everything. Peruvian national team player Renato Tapia revealed why the members of the ‘blanquirroja’ did not claim a ‘ghost goal’ against Uruguay, an event that occurred on March 25

WATCH THIS: “He is very capable”: Renato Tapia wants Ricardo Gareca to continue in the Peruvian national team

As it is recalled, on the date of the Qualifiers a long ball reached the area of ​​goalkeeper Sergio Rochet, who entered the goal and, presumably, did so with everything and the ball. This incident was overlooked by the referee at the time, Anderson Daronco, who decided not to review the play in the VAR

“We were, I think, 10 with a yellow card, Gallese, Trauco, me, there were several of us. We couldn’t go to the referee in a crazy way to say: ‘Go look at the VAR’, because there are referees who take it well and there you can talk to them, as there are others who can tell you: ‘You don’t talk to me like that, I don’t want to talk to you “and he takes out your card”, he highlighted in dialogue with Jaime Ferraro.

At another time, also in the same podcast, Tapia specified that he considers “a rule that if you make the VAR sign, they give you a yellow card, if the referee goes to see the screen and you are talking to him behind, he also takes it out, and several things like that”. 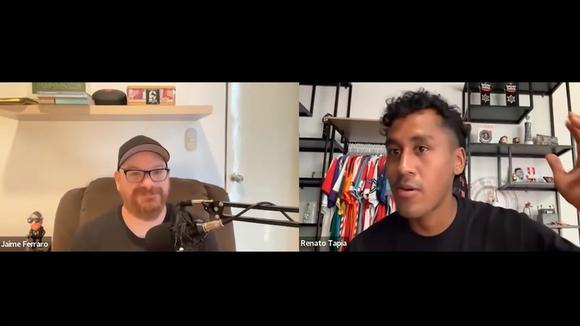