Felipe Pettinato is in the midst of his most difficult moment after the dramatic fire in his apartment in which a well-known neurologist and friend of the actor died. Through social networks, his sister shared a heartfelt message to always keep in mind the artist who is undergoing hospitalization in a psychiatric clinic.

On her Instagram account, Tamara Pettinato shared childhood photos, accompanied by her brother PhilipWith that post, the actress added her unconditional company to the Michael Jackson impersonator.

“Since you were born and while we are here”, wrote the sister of Philip Pettinato. In the images, the actor is seen when he was a baby and later as a child. 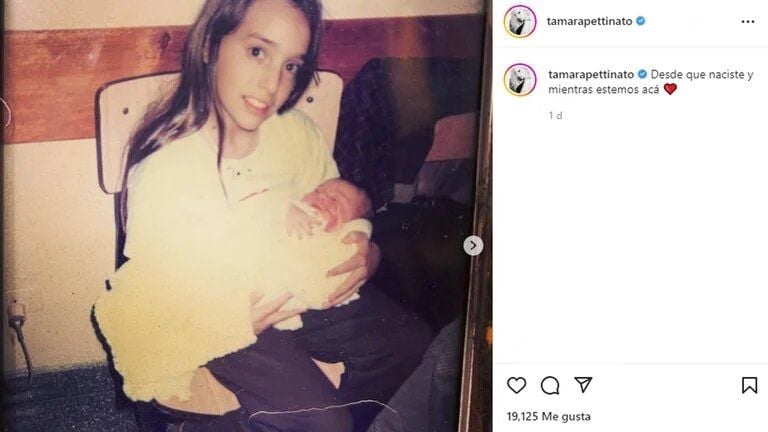 Tamara recently spoke about Philip in the program And now who can help us? (Radio with you). “What happened is a horrible tragedy that no one expected, that you cannot imagine the suffering that lies behind all this; Of course I send my condolences to the family of Melchor Rodrigo, who was a close friend of Felipe, today he was his best friend.”, he expressed.

In addition, in that cycle he explained what he feels for the artist. “Felipe is my little brother, 10 years younger than me and all his life he was like my little brother/son and he is a person who has an illness. You don’t get angry with a person if he has cancer, if he has a psychiatric illness or is addicted, which is also an illness, one tends to get angrier because he thinks he controls him and the truth is that he doesn’t.”, he detailed.

Finally, Tamara emphasized on Philip Pettinato: “I have a brother who has a disease and I will never get mad at him and I will never let go of his hand. By the time I make the decision to have him hospitalized I am his enemy, it is very difficult for him to understand that it is for his own good, but we have already been through this several times, so the first time the decision is made is the strongest of all, then one gets cold and no matter how much he cries and tells you ‘why am I doing this to him’ you have to be convinced that it is for his own good and that one day he will see it”.