Isabel Preysler has had a love life of ups and downs, in which she has reinvented herself over the years, and which includes three marriages, two divorces, the loss of her last husband in 2014 and the sentimental break known this Wednesday after eight years of relationship with Mario Vargas Llosa.

The mother of five children (one of them singer Enrique Iglesias), was born in Manila, Philippines, on February 18, 1951. and became famous from 1971 for her marriage to the Spanish singer Julio Iglesias.

She then maintained her media ascendancy after her relationship with businessman Carlos Falcó and, in 1985, her romance with politician and economist Miguel Boyer, which ended in a wedding in 1988 until she was widowed with the death of her husband on September 29, 2014. at 75 years old.

Isabel Preysler has always reinvented herself in love since she got married in Illescas (Toledo) with Julio Iglesias at just 19 years old.

The couple got married almost by surprise on January 20, 1971, when the singer was already very popular in Spain for having won the Benidorm festival in 1968 and having participated in Eurovision in 1970.

Seven years later the Spanish love story came to an end. The separation of Isabel and Julio Iglesias surprised Spain in July 1978 when the singer took a sheet of paper to the magazine ¡Hola!, which published the news on the cover.

Isabel had earlier gone to the airport to look for him, because she was returning from a tour, to tell him clearly that their marriage was over. “Julio, you had to ask me many times to get married, but I’m going to tell you just once that we separated,” she told him.

The statement was clear and it seems that it was the singer who wrote it and then asked Isabel to sign it. It was published on July 22, 1978: “Waiting for possible speculation or scandalous news that may originate from our personal situation, we jointly consider ourselves obligated to explain, once and for all, the determination to which we have freely reached to legally separate,” the note said. 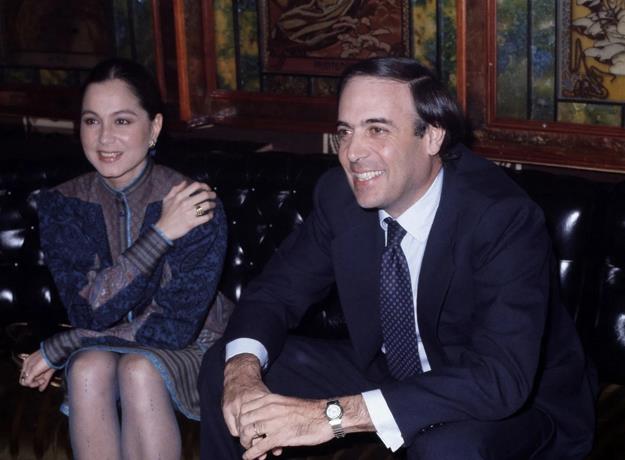 After a stormy love life, in which Julio and Isabel tried to reconcile many times, came into the life of the Philippine Carlos Falcó, Marquis of Griñón, He asked her to marry him and she said yes.

Less than two years later, Isabel Preysler married Carlos Falcó, on March 23, 1980 in Toledo, and by the church, since both had obtained the annulment of their previous marriages.

However, five years later, life in the countryside that the Marquis loved did not satisfy Isabel, who was only 30 years old, and the first rumors began about her alleged romance with the then-minister of the Socialist government, Miguel Boyer.

On July 14, 1985, Isabel and Carlos made their separation public and on July 29, the Marquis de Griñón left Arga’s house. 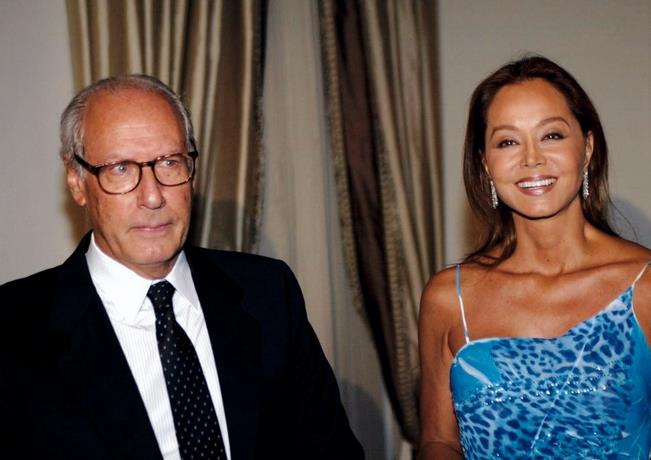 On July 31, Miguel Boyer, in front of the photographers, He opened the same doors and did not leave Isabel’s heart again until her death thirty years later.

Isabel Preysler and Miguel Boyer married so secretly that not even their children knew that they had said ‘yes, I want’. They did it in the courts of Madrid on January 2, 1988. The result of that relationship was born Ana Boyer.

“I never regretted the madness of falling in love with Miguel,” the socialite came to comment after more than 25 years of a solid marriage that only death could separate, after almost three years of illness. 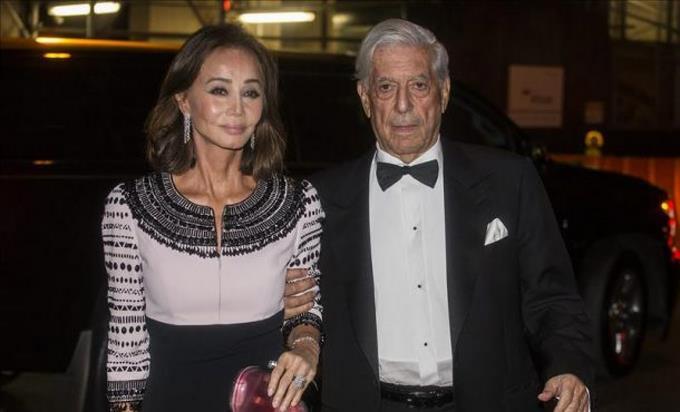 Months after the death of her third husband, Miguel Boyer, in September 2014, The lady surprised many when they found out about her love affair with Vargas Llosa.

In April 2015, seven months after receiving condolences, he began his idyll with the Nobel Prize for Literature. For him, it had been to rescue her dormant love and the admiration that he felt for Isabel from her since he met her, doing an interview for Hola 30 years earlier.

Isabel was impressed by the writer’s devotion to her, the sense of humor, the culture and the prestige of her lover, despite her age at the time: 78 years old (she is now 86). And she took a leap forward without caring about public opinion, the spite of Mrs. Llosa and the malicious comments of some high-ranking viperine tongues, the Spanish newspaper El Mundo published on the subject.

The support of her children and her desire to live, the revaluation of her image, more valued than ever for the brands with which she collaborates, encouraged her in her efforts. It was the last chance, the last train that passed in front of her. You had to get on the march, added El Mundo.

“We are happy. Coexistence is being wonderful ”, Isabel came to say in 2016 about her relationship with the Peruvian writer.

Later, Isabel confessed Isabel in an interview on the “Hoy por hoy” program on Cadena SER on Spanish radio: “Mario did not expect the tumult that has been generated. He didn’t know where he was going, he’s not used to it, but he handles it divinely”.

Meanwhile, in another interview with Hola magazine, he maintained that “there is a certain truth when they say that we have become inseparable and that we don’t want to waste a minute.”

Isabel and Mario starred in many pages of the heart press since their relationship came to light and they showed in these eight years that love has no age.

However, this Wednesday, in what appears to be a joke for April Fool’s Day, she made a brief announcement in Hola magazine: “Mario and I have decided to end our relationship permanently. I do not want to give any further statement and I thank the media for helping us in this decision.”

The straw that broke the camel’s back fell in mid-December. It was a scene of unfounded jealousy. Mario decided to leave Isabel’s home, which is located in Puerta de Hierro. He temporarily moved (at least he thought so at the time) to his apartment near Puerta del Sol, in the center of Madrid. Since then he has not returned, he reviewed the portal Mujerhoy.com.

In the journalistic note Mujerhoy.com points out: the scene of insecurities had been repeated before, with its corresponding spontaneous move. This recurring attitude of her partner made Isabel decide to end the relationship.

At 71, mother of five children —Chabeli, Julio José and Enrique, born from her marriage to Julio Iglesias; Tamara, the result of her wedding with Carlos Falcó; and Ana, from her union with Miguel Boyer—; Isabel will dawn before a new year as single and time will tell if she will have room for a new love or if it will be the end of that stage in her life.