“The world has changed a lot and that is why the contents have changed”, Mexican actress Itatí Cantoral said on Tuesday from the set of recordings of the series “Rooms for rent”and celebrated that feminist and sexual diversity issues are addressed in the production with total naturalness.

“Here there are no scenes where women fight over a man, which were the most common. We need to re-educate ourselves, the enemy of women cannot be women”, Cantoral explained at a press conference about the program that on April 27 it will begin broadcasting its fifth season.

The actress said that she has had to rethink certain ideas and attitudes since the feminist struggle in the country and in the world has intensified and has achieved the union of many women.

Accompanied by the Cuban actress Yare Santana, Cantoral confessed that primarily this season will be charged with the strength of women and that they have even come to miss their fellow actors who are part of the story because of the multiple scenes in which the series is focused on women’s issues and problems.

“I like to sit down and watch series only about women, which talk about women’s things and remind me that I have to be empathic with women, in my case with actresses, but it’s from work to family”, he stressed.

In the series, Itatí plays Graciela de la Garza, a downtrodden woman who will have to face life in the community when she returns to live in an old mansion that is the last thing she has left.

For his part, Yare said that the program will also explicitly deal with issues such as homophobia based on the unfortunate statements of a character and they will be able to reflect on it.

“I think it’s about uniting as human beings, respecting my way of dressing, being, expressing myself, everything, it’s a matter of union. And in the case of women this is part of life, it is part of the family in a very natural way”, Santana tells.

BE AWARE OF THE COMEDY

The project —which will be broadcast by the Comedy Central channel on television and by Paramount+ in “streaming”— has the active participation of the actors as proactive entities in the situations that arise in the story.

“We have a lot of freedom, and between all of us when we see the scripts, if we see that something can be aggressive, they let us change it immediately,” Cantoral account.

This was one of the reasons why the actor Paco Rueda agreed to be part of the project, whose character in this season will continue with the question of whether or not he is the father of a child.

“In production there has been an advance in ethics about what we should tell and what we shouldn’t, and we have to be more careful with everything,” expressed the actor, who assures that he does not allow the line to be crossed on issues such as machismo or war.

The series also features the participation of María Chacón, Irving Peña, Regina Orozco and Alejandra Ley, among others, and will have special guests such as former deputy and actor Sergio Mayer, as well as Juan Soler, Anabel Ferreira and veteran Sergio Corona. 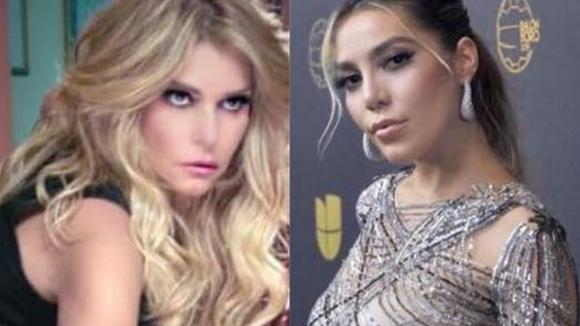