Colombian singer J Balvin announced on Tuesday the suspension of his “José” tour in the United States, which was scheduled to start on April 19, due to “unforeseen production challenges” related to the COVID-19 pandemic.

As reported by the urban music singer himself on his Instagram account, these difficulties prevent him from offering his followers “the best possible show”, before which he is forced to make the “difficult decision” to postpone the tour that was going to take place until further notice. to start in San Antonio (Texas) and included a total of 27 dates.

“I am grateful for all your love and support and at the same time I am very excited to meet each of you again on the road to celebrate together and continue to keep the vibes high”, the Colombian said in a message in Spanish and English.

The interpreter stated that together with his team he works on every detail and that he hopes in the “next weeks” to announce the new dates of the American tour, for which the tickets will continue to be valid.

The “José” tour, announced in September of last year, was going to conclude on June 4 in San Juan, Puerto Rico, after a route that included the main American cities, as well as Montreal and Toronto in Canada.

The announcement comes after the Colombian’s latest single, “Sigue”, along with Ed Sheeran, rose to number one on Billboard’s Latin Airplay list, the thirty-fifth number one that J Balvin has achieved in this magazine’s rankings. specialized.

Before that, Last month J Balvin was criticized by the Puerto Rican Resident in a “tiradera”, as urban music songs are known that attack a particular person or situation with their lyrics.

The disputes between Residente and J Balvin date back to 2021, when the Colombian suggested a boycott of that year’s Latin Grammy Awards ceremony.

The increase in covid-19 infections caused the city of Philadelphia (Pennsylvania, USA) to become the first large city in the United States to reimpose the use of masks indoors on Monday. 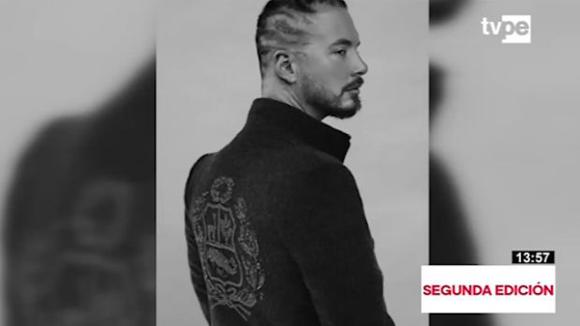