The actor James Caan, who went down in film history by playing Sonny Corleone in the saga “The Godfather”died on Wednesday night at the age of 82, his family reported Thursday through his Twitter profile.

LOOK: Oscar Isaac will play Francis Coppola in a film about “The Godfather”

”It is with great sadness that we inform you of Jimmy’s passing on the night of July 6th. The family appreciates the love and condolences and asks that their privacy continue to be respected at this difficult time.”they point out in the statement.

It is with great sadness that we inform you of the passing of Jimmy on the evening of July 6.

The family appreciates the outpouring of love and heartfelt condolences and asks that you continue to respect their privacy during this difficult time.

For his role in the first installment of “The Godfather,” Caan received an Oscar nomination for best supporting actor. His filmography includes other titles such as “The Rain People” (also under the direction of Francis Ford Coppola), “El Dorado” (with John Wayne), “Brian’s Song”, “Rollerball” and “A Bridge Too Far”. ”.

Eternally linked to 1970s Hollywood, many will remember Caan for the dramatic death of his character, Sonny Corleone, riddled with bullets at a Long Island toll booth by Barzini’s men in one of the most famous scenes in “The Godfather.” ”.

It was this film, in which he shared the screen with Marlon Brando and Al Pacino, that catapulted him to world fame, but curiously he was about to not play that role, since the Paramount studios preferred Carmine Caridi. Luckily for him, Coppola preferred him and ended up prevailing.

Born in 1940 in the Bronx in New York, James Caan made his characteristic accent and serious, hard face a hallmark that remained in much of his characters.

Among his most memorable performances is the 1971 television movie “Brian’s Song,” in which he played athlete Brian Piccolo, diagnosed with cancer at the height of his success. Caan’s understated yet dramatic performance led critics to call the film one of the best of the year.

That role convinced Coppola to cast him the following year in “The Godfather.” Previously, the filmmaker and actor had worked together on “The Rian People” (1969), but the producers cut back on his on-screen appearance, doubting his suitability for acting.

After convincing the world of his talent for celluloid, works such as “Rollerball” (1975), “A Bridge Too Far” (1977) and “Thief” (1981) arrived, about which he himself came to say that it was acting which he was most proud of.

Among the roles he turned down are such iconic films as “Star Wars” and “Flew Over the Cuckoo’s Nest.” 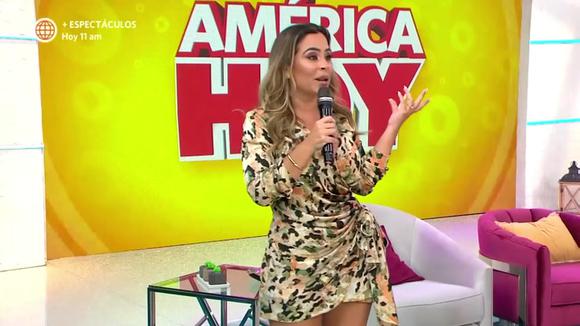 Ethel Pozo clarifies about a loan for her wedding