johanna san michael announced that this weekend he will travel to the United States to carry out, for the first time in Miami, his one-man show “A husband is wanted in a bed inside”. The event will take place next Sunday, November 27 at The Center – Coral Springs in Florida.

The show for the Peruvian colony was initially scheduled for last Sunday, however, due to the unfortunate tragedy that occurred at the Jorge Chávez International Airport, the actress was unable to travel to fulfill her commitment to DEA Productions USA.

Now, the host of “Esto es guerra” will have the opportunity to fulfill her date in Miami and thus close her cycle of shows in the United States. It should be noted that she has previously filled stages in New York, San Francisco and Virginia.

“The title is just a pretext to talk about my story and the stories of others. If you are alone and your family is worried about you, if society has set an expiration date for you for being a woman and your grandmother lights candles to San Antonio so that you can find a partner, calm down! Your opportunity has come for us to make catharsis in humor together”says the television host.

From its premiere to date, the play “A husband is wanted in a bed inside” has been seen by nearly half a million people, both in Peru and abroad. In the plot, San Miguel shares the best ‘tips’ to find the ideal couple. In a routine that lasts almost an hour and a half, accompanied by a live music band, his beloved characters: Queca, Wonder Woman and Candy narrate their crazy experiences to find love.

It should be noted that prior to her last show in the United States, Johana San Miguel will perform at La Cúpula de las Artes, Santiago de Surco this November 26 starting at 8 pm Tickets are on sale at Teleticket.

Production of ‘EEG’ to Johanna San Miguel: “If you ask for reinforcements, the money will come out of your pocket” 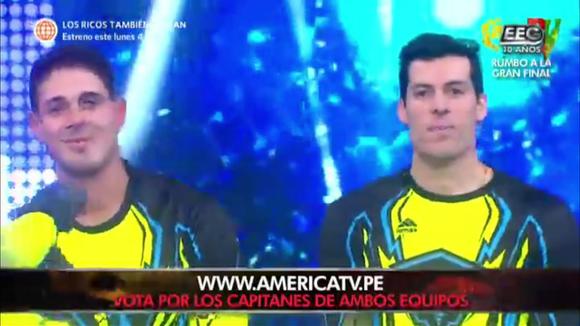 After claiming a disadvantage in warriors over combatants, the driver called for reinforcements for her team. However, the production was blunt with her response. (Source: America TV)