The legal battle between the two ex-spouses Amber Heard and Johnny Depp will resume on April 11. Elon Musk and James Franco will notably be called to the bar.

Accused of domestic violence by his ex-girlfriend Amber Heard, Johnny Depp had filed a complaint for defamation in March 2019. The 35-year-old actress is being sued by her ex-husband for her testimony published in 2018 in the Washington Post in which she described as a “survivor” of domestic violence. Today, the actor is claiming $100 million from his ex for defamation and slander.

The billionaire and ex-companion of Amber Heard Elon Musk, as well as the actor of 127 hours James Franco, should testify by videoconference in favor of the actress. At the time of her marriage to Johnny Depp, Amber Heard would have told the two men to be the victim of violence on the part of the actor of Pirates of the Caribbean.

Johnny Depp maintains for his part that his ex-wife had an affair with Elon Musk in 2015 and this, “no later than a month” after their marriage.

Second time the ex-spouses face off in court

American actress Amber Heard had in July 2020 denied having had an affair with billionaire entrepreneur Elon Musk or actor James Franco, during the defamation lawsuit that her ex-husband Johnny Depp had brought against the British tabloid The Sun. .

Johnny Depp’s lawyer, Eleanor Laws, had accused the actress of having regularly received nocturnal visits from the boss of Tesla in March 2015. “I wasn’t even in contact with Elon until 2016,” she defended herself before the High Court in London on her second day on the witness stand.

The lawyer had read to the Court a text message sent by Elon Musk in 2016, the day after an alleged assault during which Johnny Depp had, according to Amber Heard, punched the actress in the face with his mobile phone . In this message, Elon Musk offered the actress to pay him a service of protection against her husband. “My offer stands even if you never want to see me again… Anyway, sorry for being a fool” was also written in the SMS. “This radio silence hurts a lot. I only care because I really like you.”

Johnny Depp’s lawyer also accused Amber Heard of having an affair with American actor James Franco, providing evidence of videos taken in 2016 by security cameras showing them together, shortly after an argument with his customer. According to the actress, it is “completely false” to say that she had an affair with James Franco. “We talked. He was like, ‘Oh my god, what happened to you?’ “, had assured Amber Heard who accuses Johnny Depp of having subjected her to verbal and physical aggression for two years (citing, among other injuries, torn hair, a broken nose, black eyes, a split lip), but also threats and intimidation, even claiming to have been afraid on several occasions that he would kill her.

Johnny Depp had firmly rejected these accusations, claiming to have never raised his hand on any woman and accusing in return of violence to his ex-wife, whom he depicts as a narcissistic and sociopathic calculator, anxious to destroy his life.

The model and the actor had met in 2011 on the set of “Rum Express”, before getting married in 2015 and separating the following year, in May 2016. In a column published in 2018 in the Washington Post, Amber Heard had claimed that she had suffered domestic violence from her former spouse, without ever naming Johnny Depp. The actor had filed a defamation suit against his former wife the following year. Their divorce was finalized in August 2016 and details of their intimate life were revealed in 2020 during the defamation lawsuit brought by Johnny Depp to the tabloid The Sun.

The expression washing your dirty laundry in public had taken on its full meaning with the evocation of the scatological “incident” which according to Johnny Depp would have occurred following an argument at the actress’s 30th birthday in April 2016 and marked the end of their relationship. The High Court in London then considered at length whether the excrement found in the couple’s bed came from Amber Heard or one of her friends, as Depp claims, or from their dog, as supports him Amber Heard. 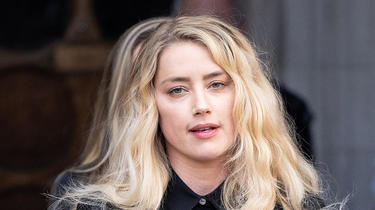 Other personalities could testify

Elon Musk and James Franco should not be the only personalities called to testify in the trial which will open on April 11 and which should last two weeks. Actress Ellen Barkin, former Johnny Depp attorney Jacob Bloom, and representatives from Warner Bros., LAPD, Disney and WME Entertainment are also said to be on the actress’ witness list.

Johnny Depp would have called on his friend actor Paul Bettany (“Wandavision”) to come and testify. Text messages the two actors exchanged about Amber Heard in 2015 are said to have been on file, as are text messages Amber Heard sent to her costar in “Aquaman,” Jason Momoa, as well as her exchanges with the director of “ Justice League” Zack Snyder. Letters between Johnny Depp and JK Rowling and musician Jack White could also be cited.