José Eduardo Derbez revealed that he paid 10 thousand pesos to change his look; however, the end result was not what he expected.

The son of Victoria Ruffo and Eugenio Derbez visited the set of “Members on the air”, where his new appearance did not go unnoticed by the drivers, who did not hesitate to ask him about what was done.

“Your aunt had leftover dye”, Paul Stanley commented, to which the other presenters laughed. José Eduardo explained that he decided to change his look when he accompanied his girlfriend, Paola Dalay, to the beauty salon where he also decided to change the black nail polish for a garlic one so as not to bite his nails.

When they were inside the establishment, his girlfriend showed him a photo of a model and persuaded him to copy her style: “That guy did look really badass and the dye looked very good on him, I tell him: ‘he looks badass’, and he replies: ‘why don’t you do it?’, and I tell him to the girl who did it to me”.

Unfortunately, when the stylist finished dyeing his hair, he realized that it didn’t look the same as the model Paola showed him, but he decided to keep the look.

The hosts of “Members on the air” could not contain their laughter when they heard him, and Raúl Araiza took the opportunity to ask him how much he paid for his change of look, to which he replied showing his open hands. “10 thousand pesos?”, Paul Stanley asked, and Derbez responded with a nod and a laugh. 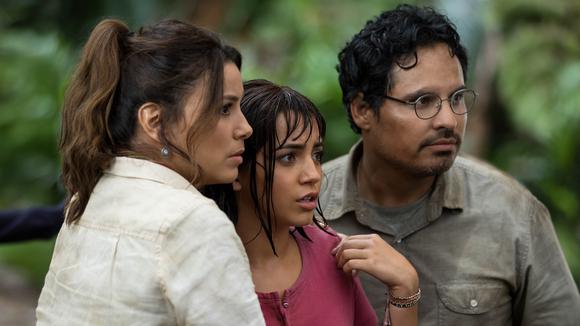