Juana Repetto exploded on social networks against a follower who made an unusual accusation. The influencer had published a message for one of her children, but she received a strange criticism from a user.

After having shared a post dedicated to one of his children, Juana Repetto She was questioned by a fan, who assured that the actress wanted to overshadow the birth of Julieta Nair Calvo’s baby, on that same date.

Joan She usually uses her Instagram account to share different instances about the care and upbringing of her children, and on that occasion the young woman shared a publication for the nine months of Belisario, the youngest of the brothers. 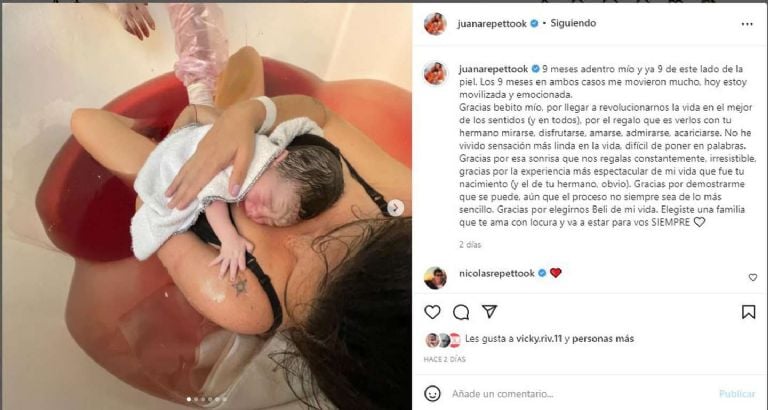 “Nine months inside me and already nine on this side of the skin. The nine months in both cases moved me a lot, today I am mobilized and excited”, commented Juana Repetto in the post that received multiple displays of affection.

However, a follower was dispatched against the daughter of Reina Reech and Nicolás Repetto with an unprecedented argument. “How heavy you are. A celebrity’s baby is born and you with stories about your birth”, the netizen wrote.

Then when the followers of Joan They invited the woman in question not to follow her Instagram account if the publications she makes bother her, the irate user redoubled the bet and attacked: “The one who has to change is her. It cannot be that her labor goes up every time another celebrity baby is born. Not every month she dedicates a post to her baby”. 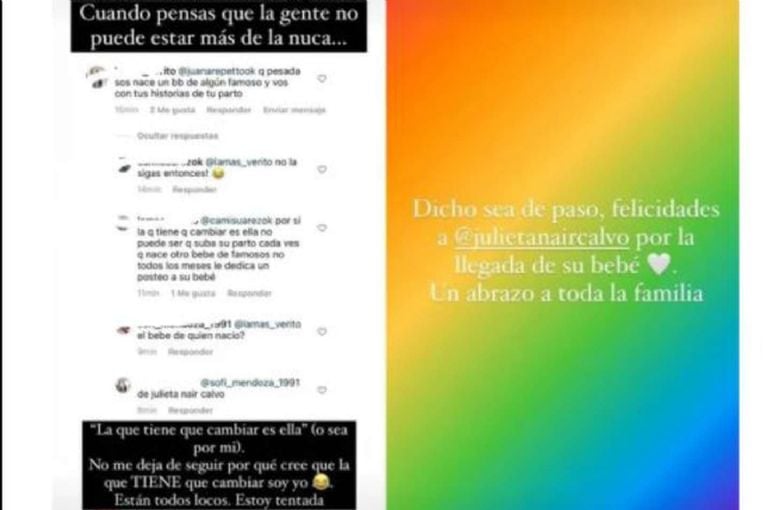 true to his style, Juana Repetto He took it upon himself to respond through his Instagram stories. “When you think people can’t be more than the neck…”, he wrote attaching the claim of the seguidra. Then she added: “He doesn’t unfollow me because he thinks I’m the one who has to change. They are all crazy. I am tempted”.