These have been very hectic days for the Dukes of Cambridge, who are on an official visit to the Caribbean, and after having been in Belize and Jamaica, are now embarking on the trip to the Bahamas. If last night the couple had one of the most important commitments on their agenda with the state banquet in their honor offered by the Jamaican authorities, this morning the time has come to say goodbye to that country before beginning what will be the last part of this special week-long tour of three different countries. As long as the gaze has not been separated from the Duchess’s suitcase, Kate has not failed. After the beautiful emerald dress that she wore last night with the Queen’s jewels, this morning she has surprised with a look that recalls one of the most nostalgic images of the monarch’s youth. 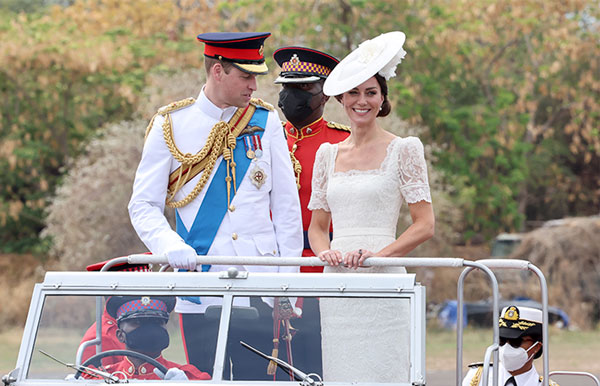 Have you seen Kate and William dance?

Prior to their official farewell, the Cambridges made an appearance at the Commissioning Parade for Caribbean service personnel who have just completed their training program at the Caribbean Military Academy. The Prince dressed in one of his military uniforms known as the Tropical Dress of the Blues and Royals escorted his woman who looked simply perfect in a total white look.

Kate’s wardrobe with a taste of the past

If Kate has been seen in colorful outfits in recent days, referring to the happy natural tones of the places they are visiting, the Duchess decided to go for pure white in this appearance. For this occasion, the wife of Prince William chose a dress with lace details, a fitted silhouette emphasized by a ribbon as a belt and a knee-length skirt in white by Alexander McQueen. As was speculated with the look of her from the meeting of the Dukes with the prime minister of Jamaica and her wife, it is believed that Kate’s choice was not a coincidence. It is well known that the Duchess usually chooses the British firm for the most important occasions of her public life, and given the delicate situation that exists due to Jamaica’s desire to leave the crown, it seems that she has wanted to emphasize the place that is given to them is giving with this visit. 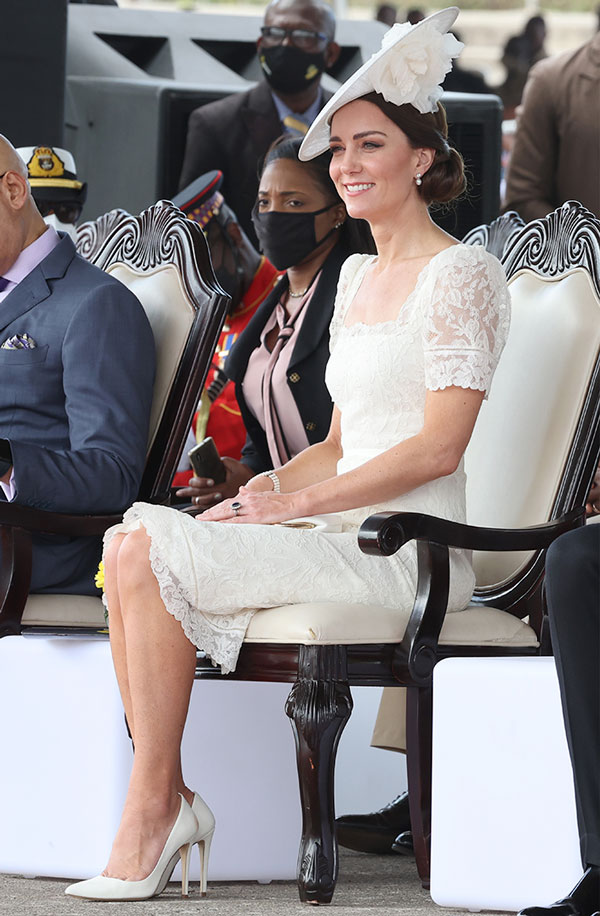 Between ruins and jungle, Kate Middleton and her most casual look for her visit to the Caracol

As a complement to this dress that seemed perfect by itself, Kate has chosen to combine it with a Philip Treacy hat of the model that we have seen on different occasions, with a side design accompanied by a large flower as a diagonal base. As accessories, she wore the same white Jimmy Choo heels seen on her yesterday and a discreet purse-style clutch bag in the same color.

The look you remembered? The one that Queen Elizabeth used in 1954 during her visit to Sydney, Australia. The design of her dress would appear nearly identical, from the lace pattern to the discreet belt that accentuated the figure. The hat was another touch in common, as well as the pearls that both royals used. But while the Queen wore a two-chain necklace and matching earrings, the Duchess went for a pearl bracelet with matching earrings. The monarch on that occasion decided to wear a black bag and the iconic image of this look is in which she is seen with an umbrella in her hands. 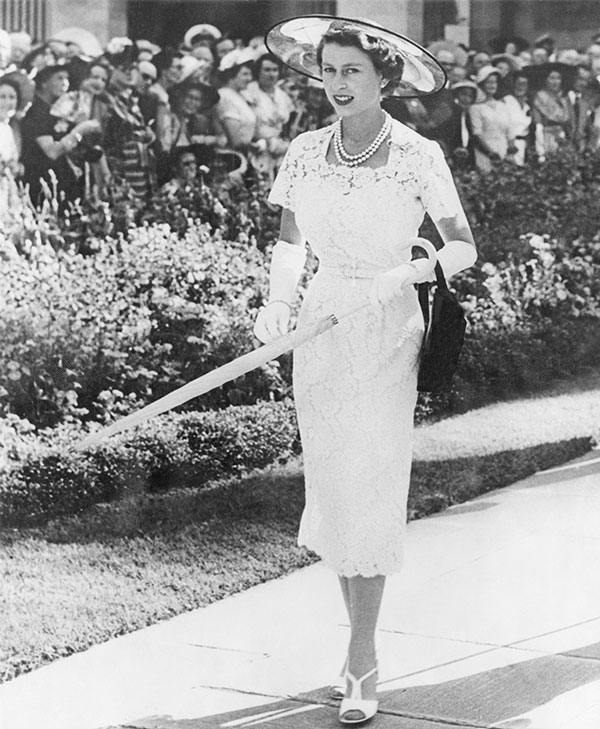