Prince William and his wife Kate are currently in Jamaica where they are on a Caribbean tour organized on the occasion of the jubilee of Queen Elizabeth II who celebrates in 2022 her 70 years of reign.

To close this 5th day of their royal tour, the Duke and Duchess of Cambridge were invited to a gala dinner organized by the Jamaican authorities. The opportunity for the Duchess to appear in an emerald dress made to measure by British fashion designer Jenny Packham. A creation estimated at 4,000 euros according to the Daily Mail.

This custom-made dress was worn with earrings set with matching emeralds and diamonds and a bracelet lent by Her Majesty for the special occasion. Kate also wore her medal, the Royal Family Order.

Several protests are taking place in Jamaica demanding reparations and apologies from the royal family for years of slavery. Earlier in the day, Jamaican Prime Minister Andrew Holmes expressed that his nation wanted to move forward and had real ambitions to become an independent country.

During the evening, Prince William gave a speech referring to slavery, calling it “odious”. According to the Daily Mail, several politicians present at this gala evening, told William and Kate “that they will never be their sovereigns, because Jamaica will have become independent by then”. Under the background of controversy, the prince and his wife kept smiling. 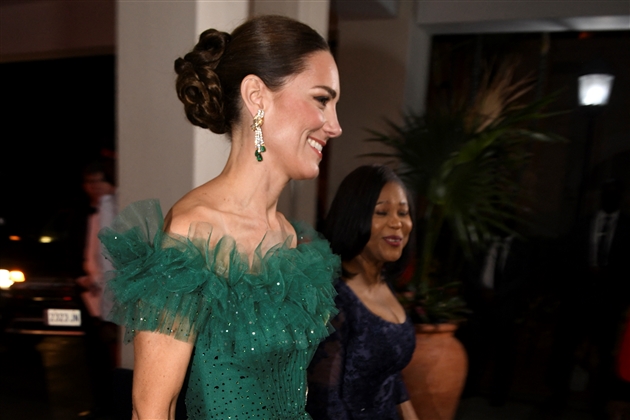 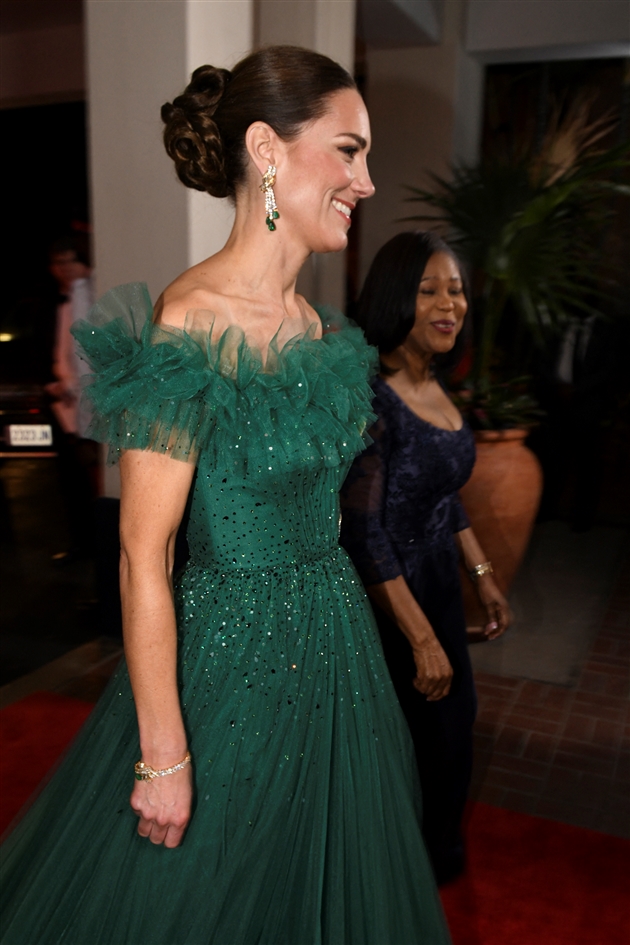 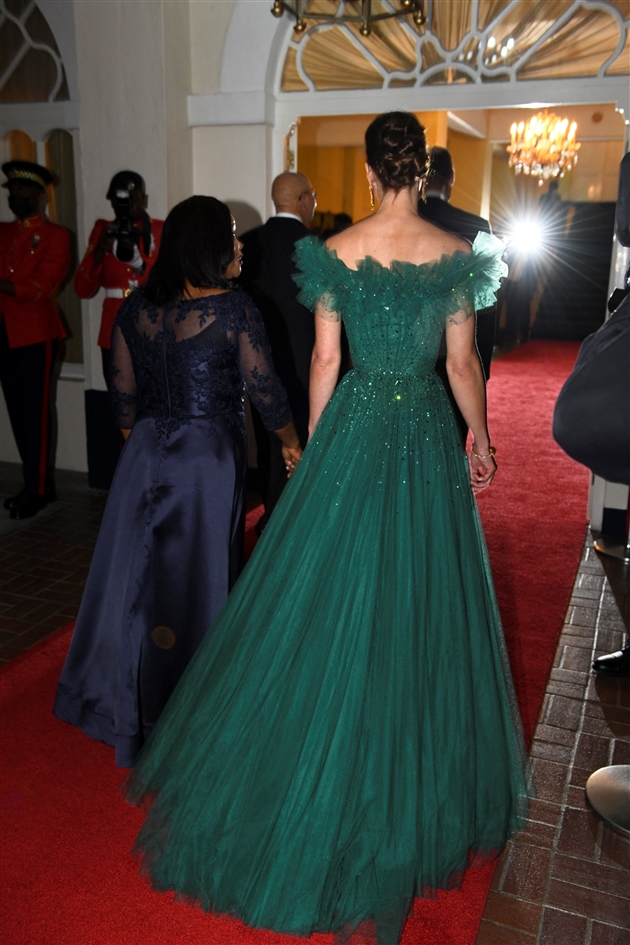 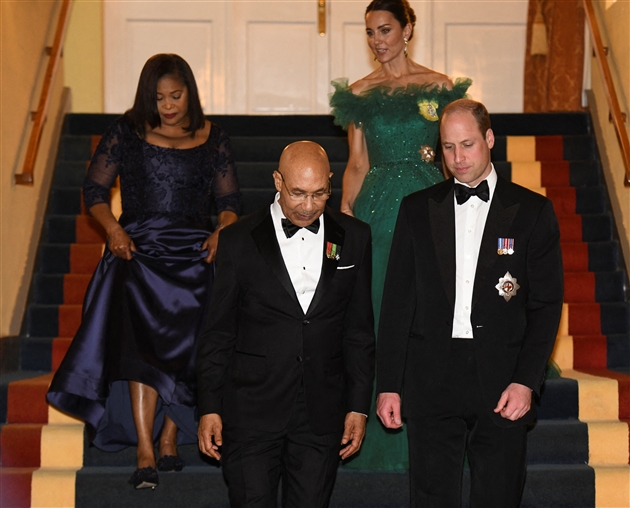