The Dukes of Cambridge continue with their tour of the Caribbean, where they have been since last Saturday, as part of the official tour they are doing on behalf of the Queen isabel II about his platinum jubilee. On his third day of activities, the prince william and Kate Middleton They continue visiting some of the most emblematic places of Belize, the first stop of this tour that includes other countries belonging to the Commonwealth such as Jamaica and The Bahamas. This third day has begun with an interesting visit by the royal couple to the Mayan archaeological zone known as El Caracol, which is located in the depths of the jungle of the Chiquibul National Park. As expected, Kate has surprised again with her style choice, because despite the fact that her look was very casual and simple, William’s wife looked impeccable and perfect for the occasion. 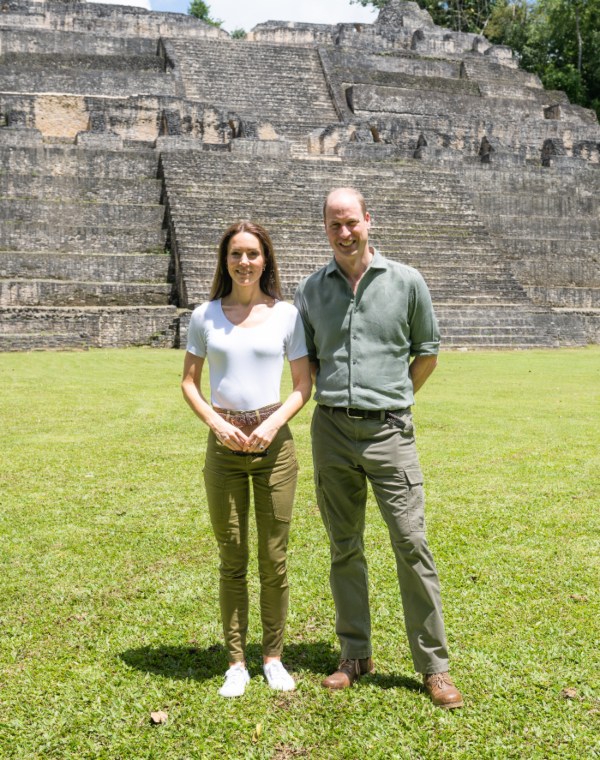 For this official engagement, Kate opted for a very fresh, casual and comfortable look, perfect for spending a morning exploring the corners of these emblematic Mayan ruins. The Duchess looked gorgeous in a basic white t-shirt and fitted army green cargo pants.complementing her outfit perfectly with white Superga 2750 tennis shoes, a classic model that Middleton has worn on more than one occasion and that were also the favorites of her mother-in-law, Princess Diana.

Kate opted for a very natural makeup in light colors, wearing her hair completely straight and loose, parted in the middle. The Duchess of Cambridge accessorized her look with understated accessories such as her tiny rhinestone hoop earrings and the silver ring she wore on one of her hands, as well as a brown woven belt. 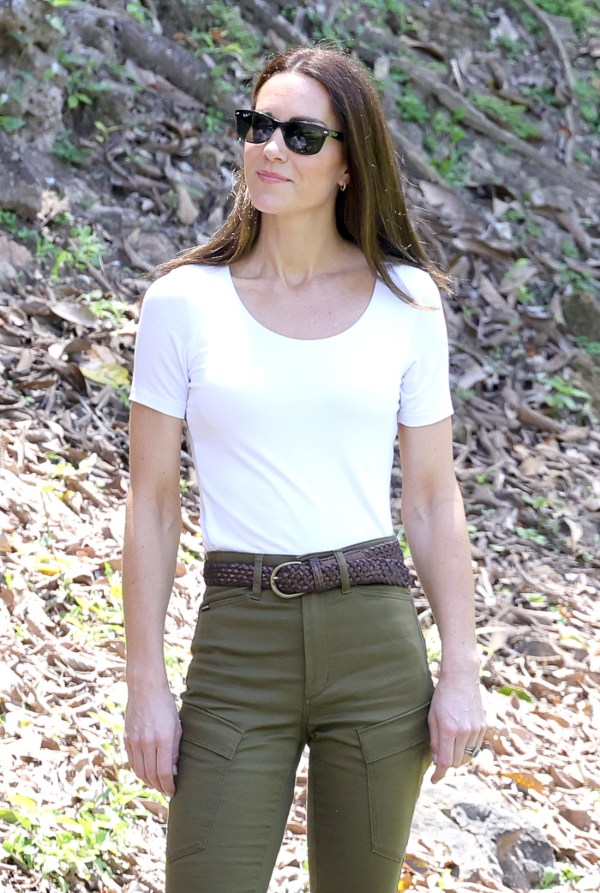 The way in which Prince William has coordinated his look with that of his wife has attracted attention, because like her, he opted for military green cargo pants, a little lighter than his wife’s, combining them with a simple and fresh gray shirt, complementing his look with brown boots, a silver watch and dark glasses.

The presence of Kate and William at El Caracol had a double intention. And it is that in addition to the Dukes being able to marvel at the Mayan ruins and especially the imposing Palace of Heaven, as well as delve into the depths of the Belizean jungle, the Dukes also met with the Training Support Unit of the British Army, an organization that provides training in tropical environments to the troops of the United Kingdom and its international partners, as is the case in Belize. The tour carried out by the Duke and Duchess of Cambridge through the Caribbean began last Saturday with the arrival of the couple in Belize, where they were received with all honors. On Sunday morning, Kate and William visited a cocoa farm, where they were able to mingle with the farmers and even try their hand at grinding cocoa beans like the local women do. 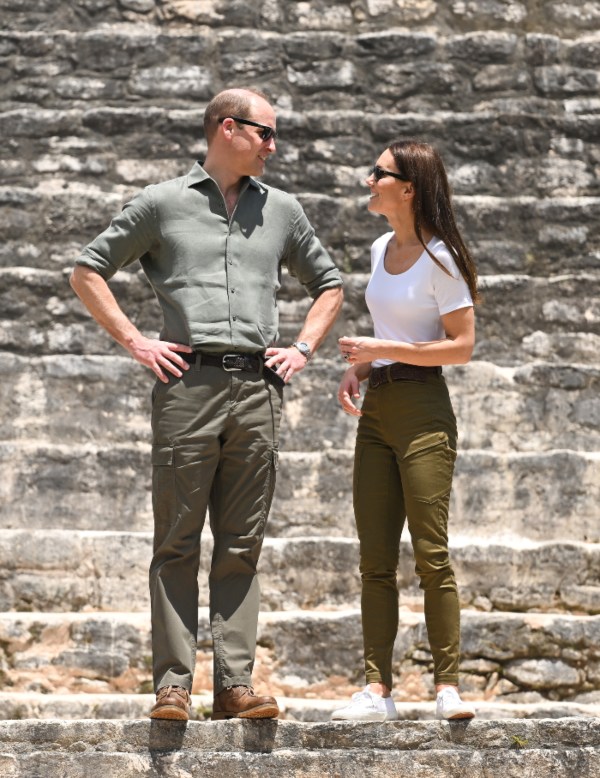