As announced on the royal tour that the prince william and Kate Middleton performing for Jamaica, tonight, the Duke and Duchess of Cambridge shone during the state banquet in Jamaica that the Governor General of that country organized in their honor held at Devon House. For her most elegant date on this tour, Kate Middleton turned heads in a fabulous gown in emerald green, off the shoulderwhich combined with jewels belonging to the Queen and two medals with which she winked at the Royal Family. 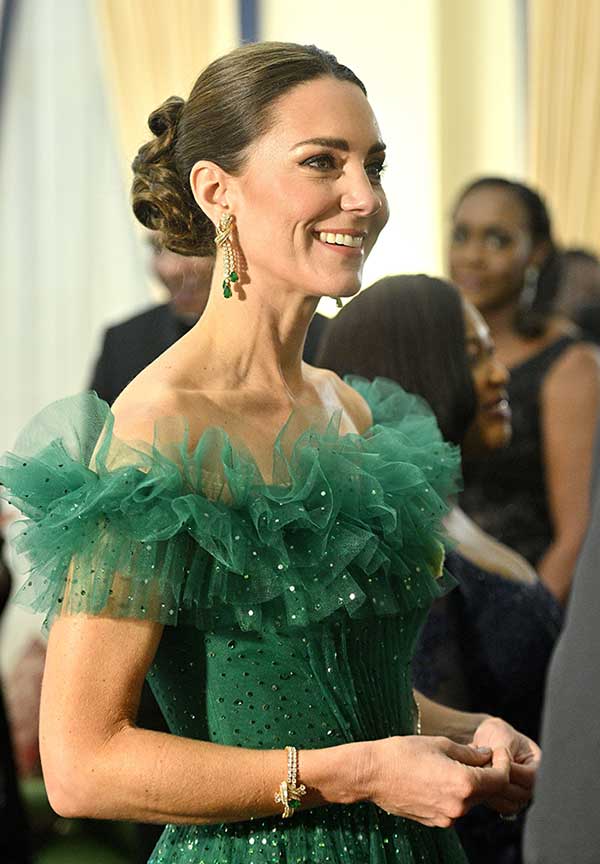 In the same way that it has happened with all the looks that she has used on this tour, the one she wore tonight did not go unnoticed, more so because the Duchess looked like something out of a fairy tale. For this special appointment with the Governor General of Jamaica, Sir Patrick Allen and his wife, Lady AllenKate Middleton chose a spectacular dress signed by Jenny Packham which he combined with a set of earrings and bracelet belonging to Queen Elizabeth that stand out for the emerald that matched the color of the dress that had sequin details and shiny applications throughout the design. 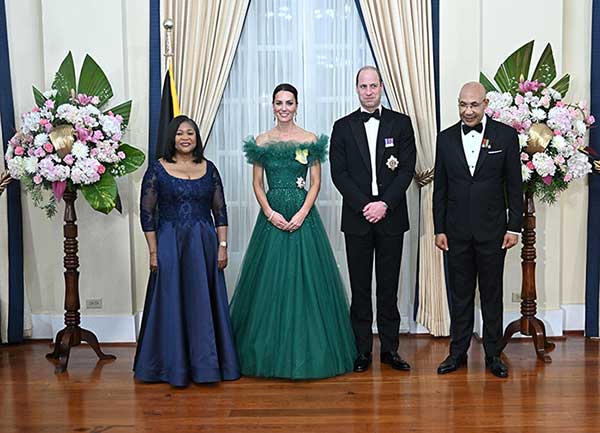 With her smile as the best “accessory”, Kate Middleton wore an elegant collected hairstyle with which she revealed the beauty of her face. For this event, Prince William’s wife wore very discreet makeup in which he highlighted an eyeshadow color that matches the dress. To complement this spectacular look, the Duchess of Cambridge added two medals to her outfit, the first, the one that distinguishes the Order of the Royal Family and the second, the star of GCVO (The Victorian Order). For his part, Prince William gave lessons in elegance with a black tailcoat, together, the Duke and Duchess of Cambridge looked like a dream couple at this gala.

Kate’s looks in the Caribbean

Since her arrival in Jamaica, Kate Middleton made it clear why she is the favorite of fashion experts. With a design of Roksandacanary yellow, the Duchess made it clear that, on this trip, her suitcase is full of colorful garments that combine perfectly with the tropical climate of this destination. In addition to daring with bright tones, the wife of Prince William has been very versatile with different hairstyles, with pigtails and collected, has faced the high temperatures and winds with which they were received upon arrival in this country. 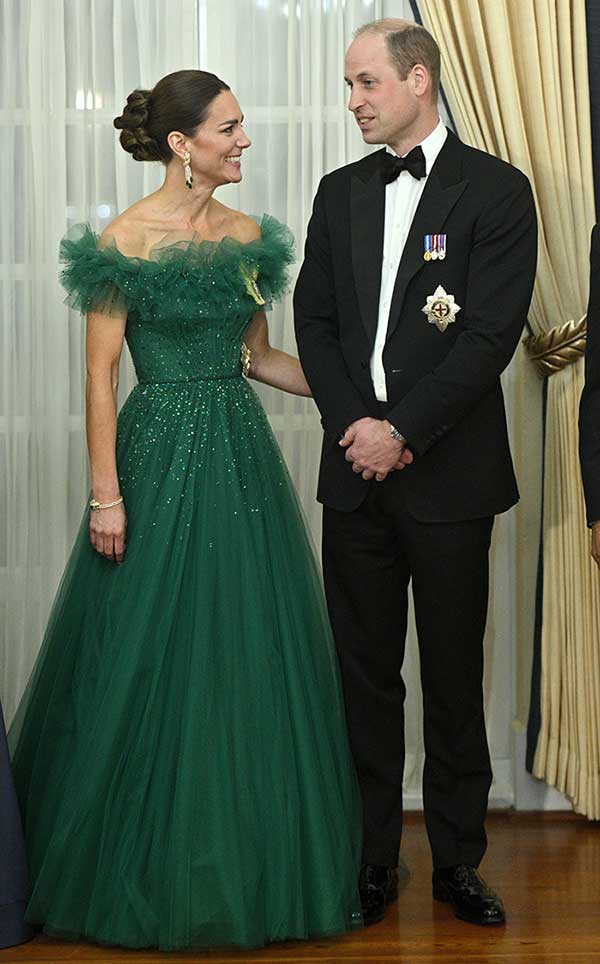 For her second engagement, Kate gave lessons in elegance with a diplomatic look that she achieved with a tailored white linen suit from one of her favorite firms, Alexander McQueen. Kate rocked a pair of pants, costing £575 (just over $15,327 pesos) and a jacket costing £1,370 (about $36,518).the Duchess combined these pieces with an orange blouse from RidleyLondon with a pleated collar with a value of 249 pounds sterling (about $6,637 Mexican pesos). In addition to her wise choices in her fashion, the Duchess’s smile and attitude have captured all eyes on her.