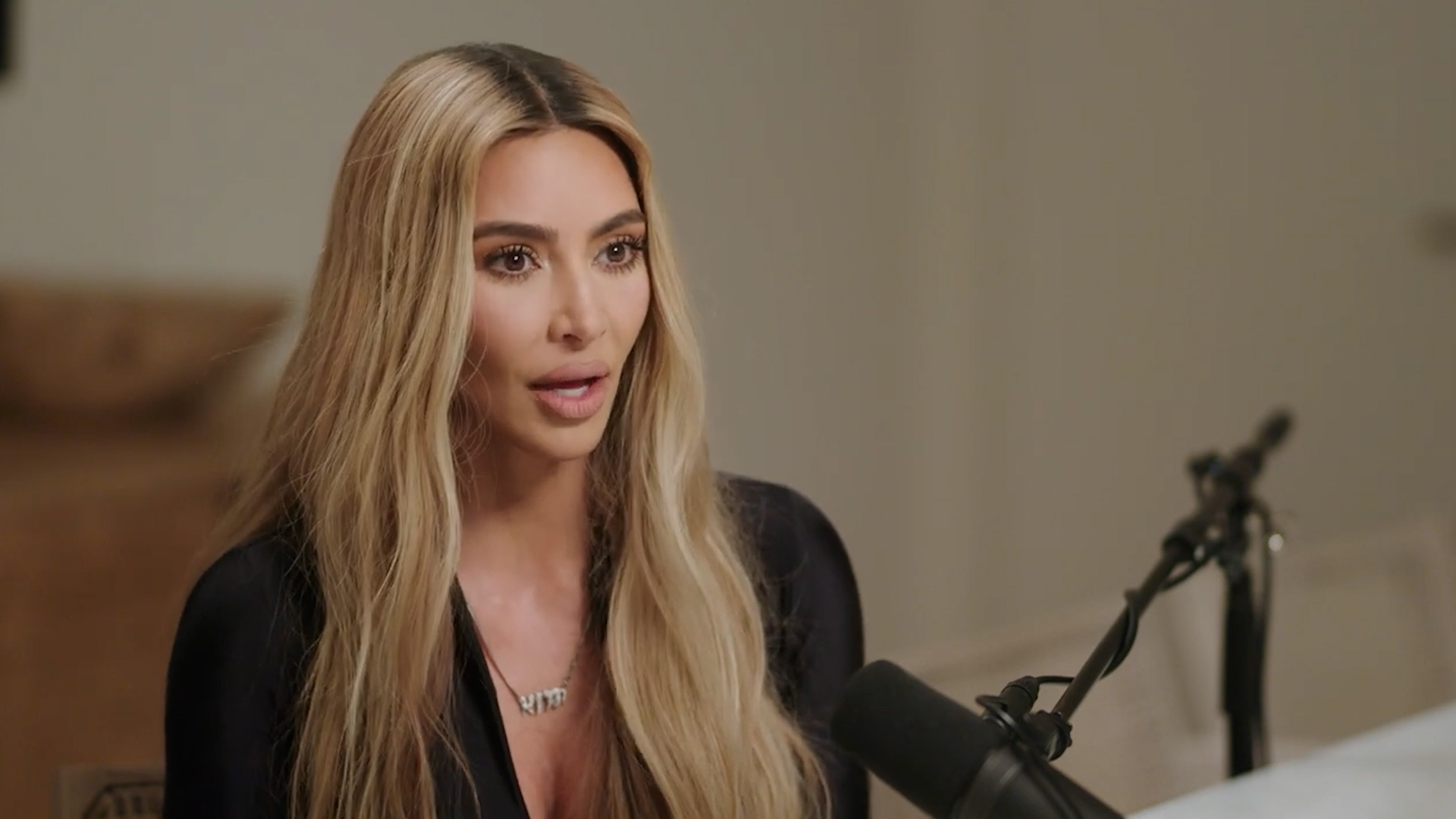 The American model and businesswoman Kim Kardashian assures that the “shared upbringing” of her four children with the rapper Kanye West, from whom she is separated, “it’s hard. It really is devilishly difficult.”

In a podcast in which the celebrity is interviewed by rapper Angie Martinez, from the series “Angie Martinez IRL”, and which is reproduced by CNN, Kardashian spoke for the first time about her husband after her divorce.

The star confessed that the situation is “really difficult”. The former couple, who share their four children, North (9), Saint (6), Chicago (4) and Psalm (3), finalized their public divorce last November. West was very active online while this was going on, criticizing his ex-wife and accusing her of not letting him see his children. 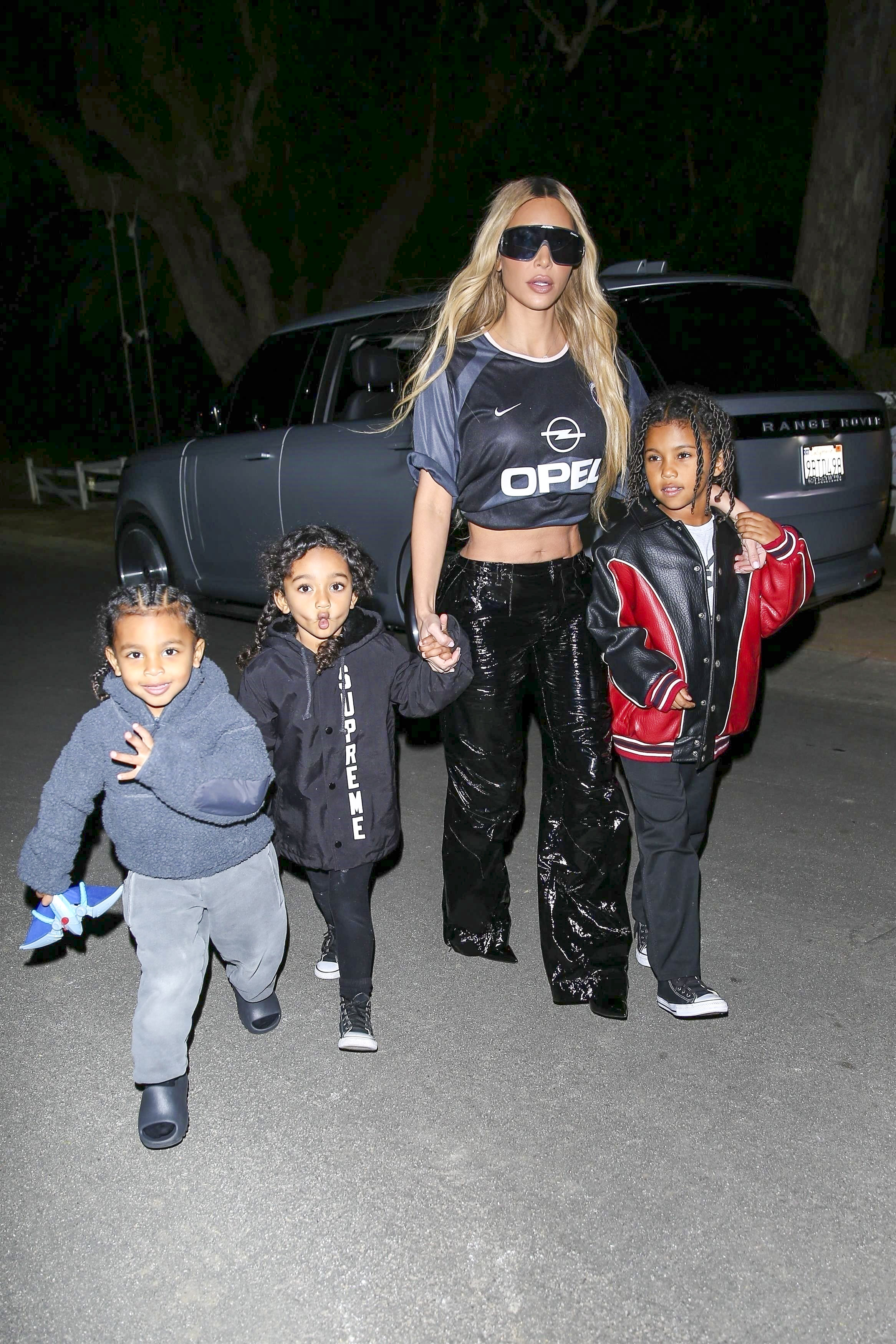 Thus, the owner of SKIMS assured that she does everything possible to protect her children from what happens on social networks with her and her father. Although she did not specifically address the recent anti-Semitic comments made by Ye.

And he added that he tries to keep his children “unaware of West’s recent behavior, by limiting their access to television, social media and talking to their teachers.” 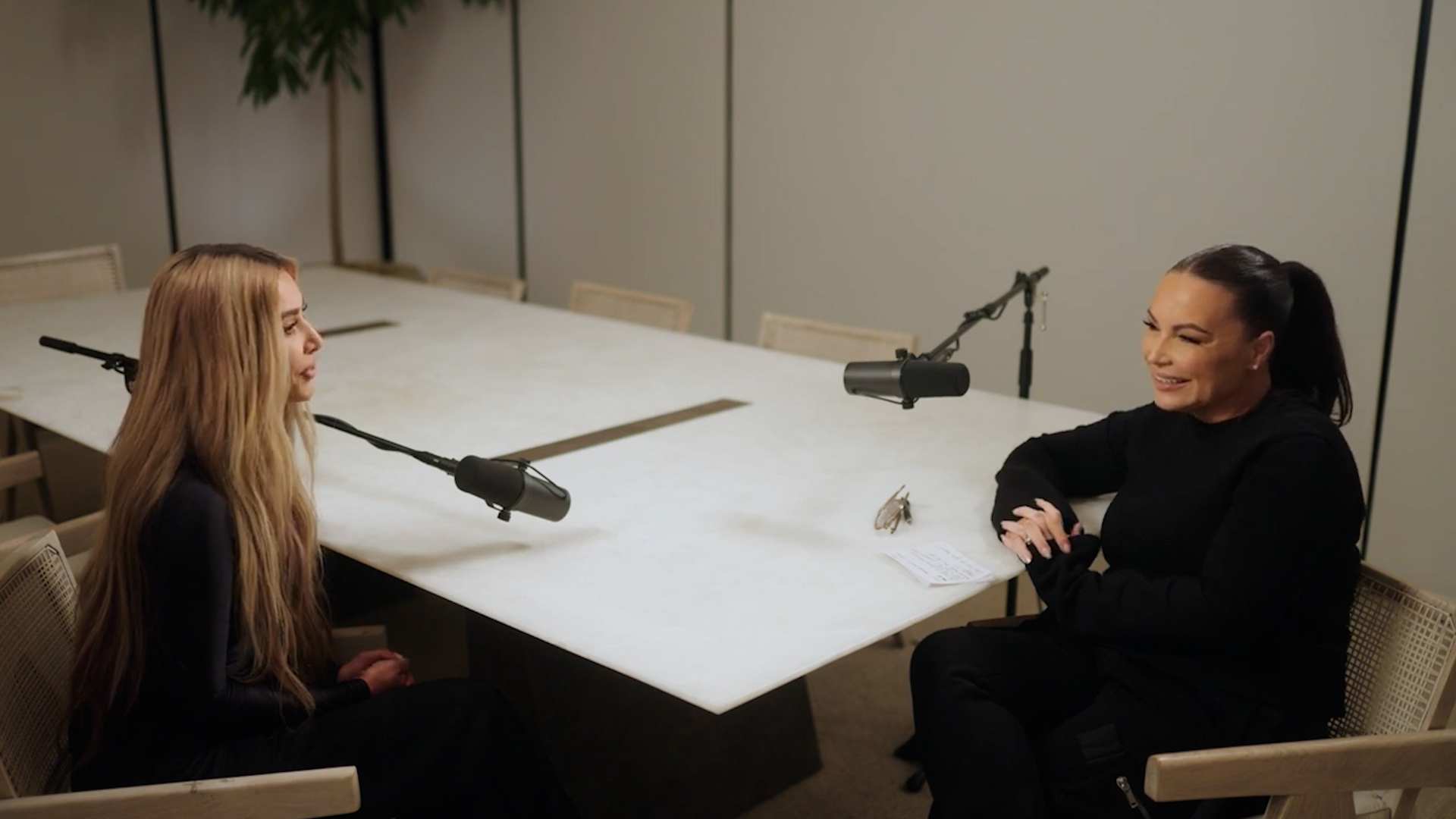 “If we ride our bikes to school and they want to hear their dad’s music, no matter what we’re going through, I have to have that smile on my face and play their music and sing along with my kids. [Yo puedo] act like nothing is wrong and as soon as I leave them, I can cry,” he confessed. Kim Kardashians | Angie Martinez IRL Podcast

“If you don’t know the things that are being said, why would it bring you that energy? That’s some real, heavy, grown-up shit to they are not prepared to deal”, he explained. “When they are, we will have those conversations. One day, my children will thank me for not sitting here and criticizing their father. And I could”.

“If we go to school by bicycle and they want to listen to their father’s music, no matter what we’re going throughI have to have that smile on my face and play their music and sing along with my children. [Yo puedo] act like nothing is wrong and as soon as I leave them, I can cry,” he confessed.

Rapper Kanye West has been embroiled in several controversies in recent months over his anti-Semitic comments. 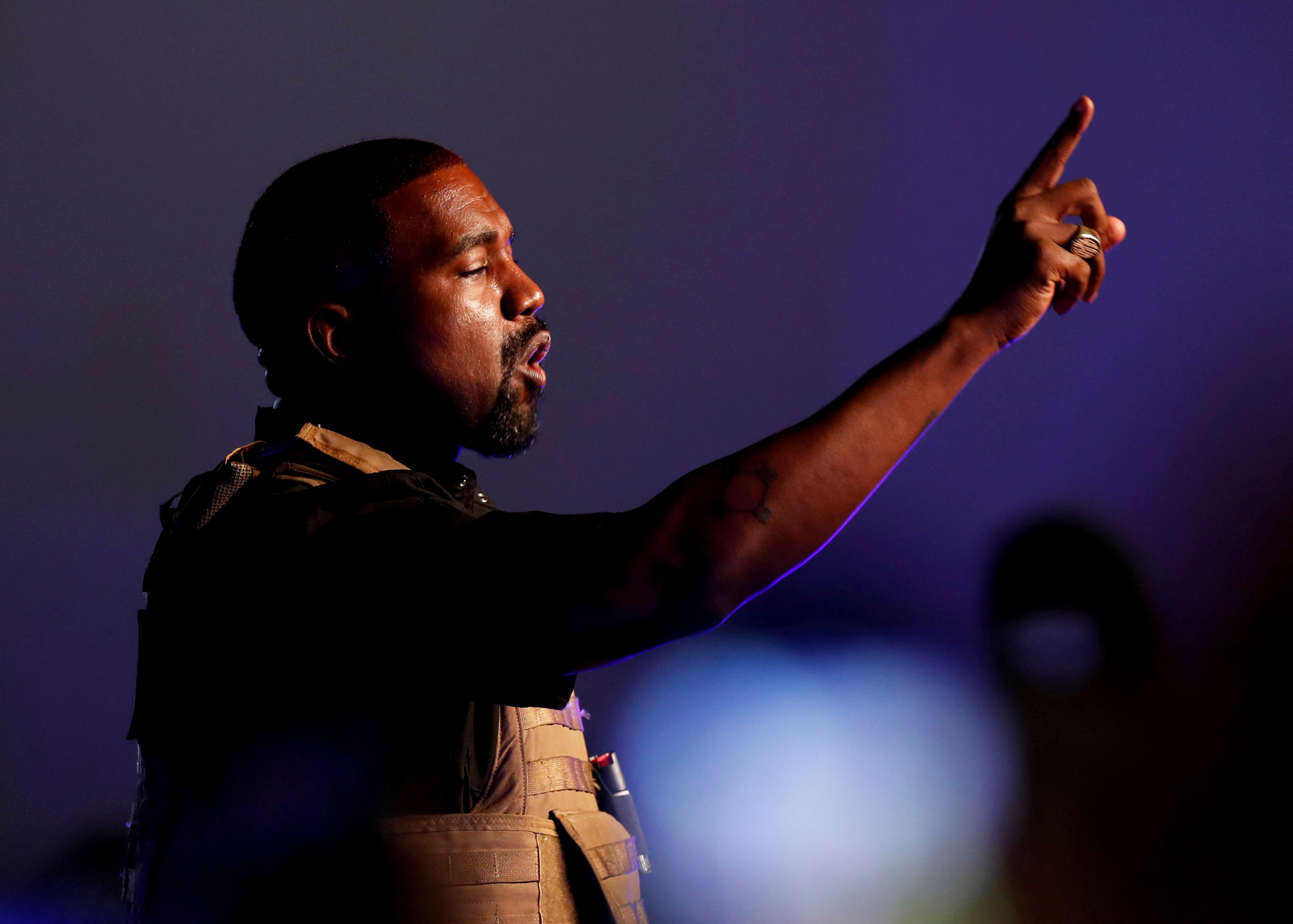 Kanye West was very active in networks during his divorce, criticizing his ex-wife and accusing her of not letting him see their children. REUTERS/Randall Hill/File Photo

Last December his Twitter account was terminated by the network’s owner, Elon Musk, after the rapper posted an image on his profile of what looked like a swastika fused with a Star of David.

The suspension came after West praised Adolf Hitler in an interview published on the far-right blog “Infowars,” in which he denied the existence of the Holocaust and made anti-Semitic comments.

“One day my kids will thank me for sitting here and not beating up their father when I could.”, said. “They will thank me and I will answer in private anything they want to know. It’s not my place to get into those things anymore,” she explained, according to CNN. 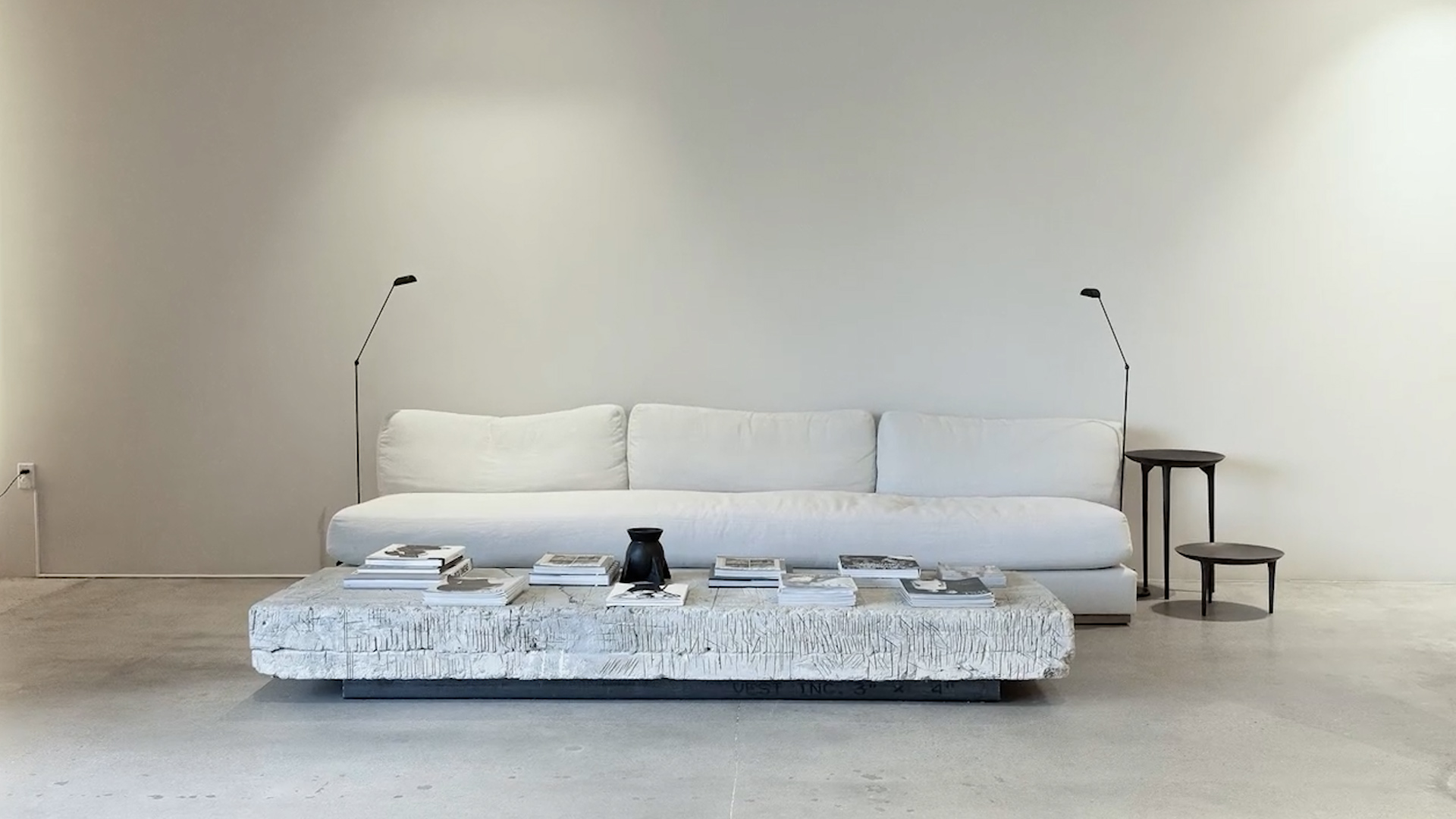 The media confessed that both her house and her office are monochrome in order to be in a place that brings her calm. Kim Kardashians | Angie Martinez IRL Podcast

In this regard, he said that he is “together with the Jewish community” and asked that “the terrible violence and hateful rhetoric towards them end immediately.”

Kardashian and West have reached a divorce agreement whereby the latter will pay the former $200,000 a month in child support and will share custody of their four children.

In February 2021, Kardashian formally filed for divorce from the rapper after more than 6 years of marriage in which they became one of the most mediatic couples of the century.

(with information from EFE)

Kim Kardashian leaves behind the platinum blonde and surprises on Instagram with a new look
Divorce agreement: the astronomical amount that Kanye West must pay Kim Kardashian for child support
Kim Kardashian said she was evaluating her relationship with Balenciaga for a disturbing campaign with children