In the first episode of the new version of her reality show “The Kardashians” – available in France on Disney + from April 14 – Kim Kardashian revealed that she had already met Pete Davidson before his participation in the show Saturday Night Live, in last October.

The 41-year-old explains that she spoke with Pete Davidson during the Met Gala in September 2021, to ask him for advice about his participation in the SNL. “I ran into Pete Davidson at the Met and I was like, ‘I’m so scared. I don’t know what I got myself into. And he said to me: ‘Do you know how to read boxes? So it’s going to be fine. It will be fine,” she recalls.

Kim Kardashian and Pete Davidson had appeared together in a sketch – accessible on myCANAL – in which she plays Princess Jasmine, and he Aladdin. It was the first time they kissed, according to the secrets of the young woman on the Jimmy Kimmel show. And certainly not the last, since they are now a couple.

Pete Davidson obviously kept fond memories of this skit with Kim Kardashian since he gave her the costumes and the famous carpet on which they shot the scene on Valentine’s Day. For viewers wondering if he will be appearing on The Kardashians, Kim Kardashian has clarified that her boyfriend will not be in the show’s first season. But that could change in the future. 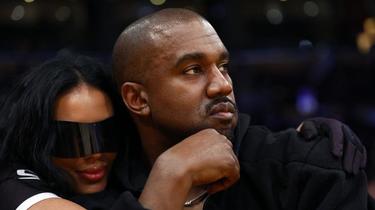 “It does not correspond to what he does. But if there is an event and he is present, he will not prevent the cameras from filming it. I think I might have something cool coming up, but it won’t be for this season,” she explained.