Don’t call him Wolf anymore. Kylie Jener and her companion rapper Travis Scott have changed their minds. The reality star and influencer has decided to change the name of her second child.

The couple, who on February 2 welcomed a little boy whose first name Wolf Webster was revealed five days later, backtracked. Kim Kardashian’s half-sister shared this turnaround on her networks. “For your information, our son’s name is no longer Wolf,” the 24-year-old said in her Story. Stormi’s little brother, the couple’s first child born four years earlier, has a new first name. However, we will have to wait a little longer before finding out. Kylie Jenner has not yet revealed anything, preferring to keep it secret.

Not suitable for the baby

On the other hand, she returned to the reasons which led her to change the baby’s first name, a month and a half after her birth. Like many parents who make this decision, she simply explained that she did not find that this first name corresponded to her son. “I really didn’t feel like it was him.” 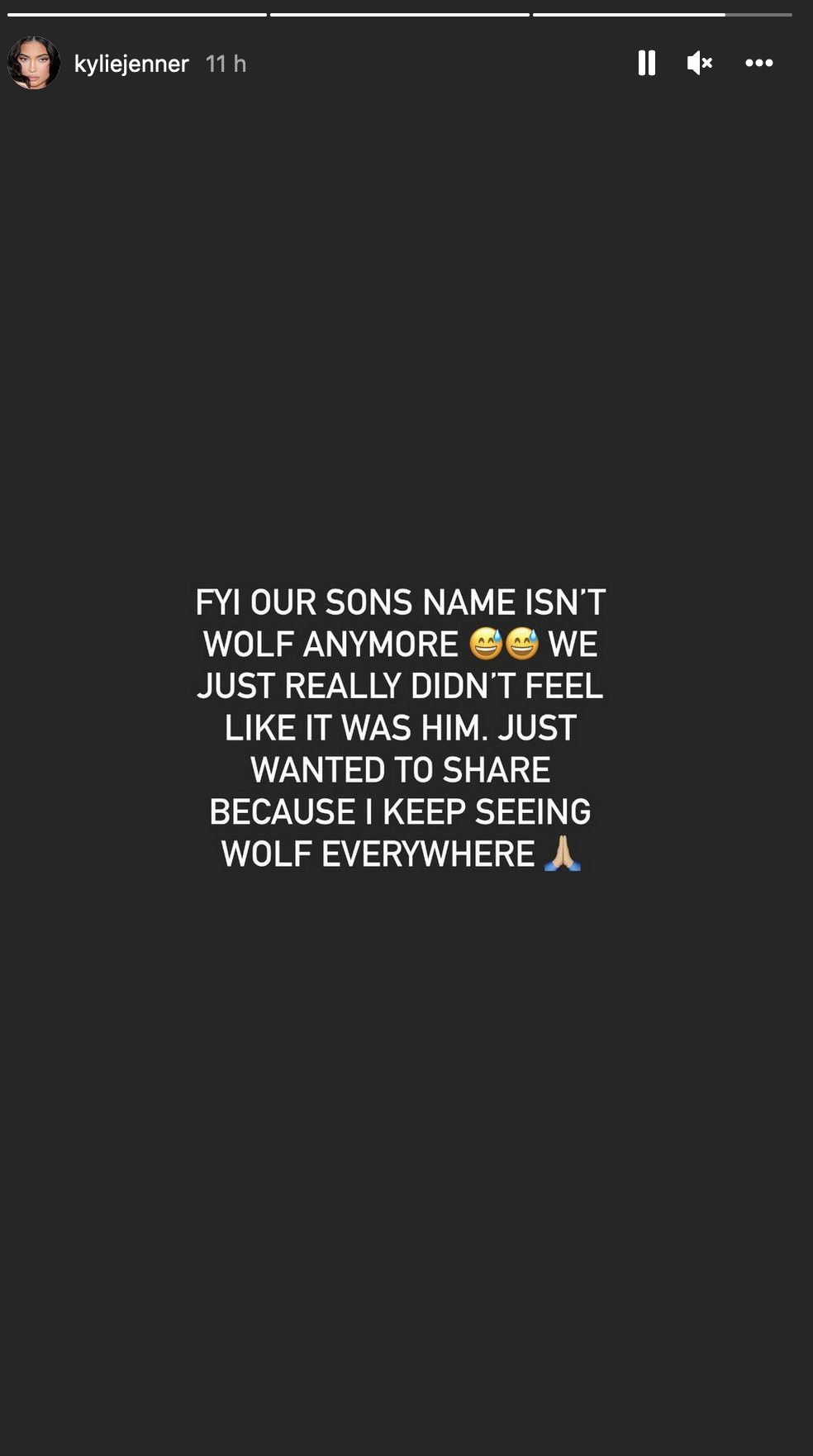 “I just wanted to share it with you because I keep seeing the first name Wolf everywhere,” concluded the mother, who is about to return to service in the new reality TV show dedicated to her family “The Kardashian”. premiering April 14 on Hulu.